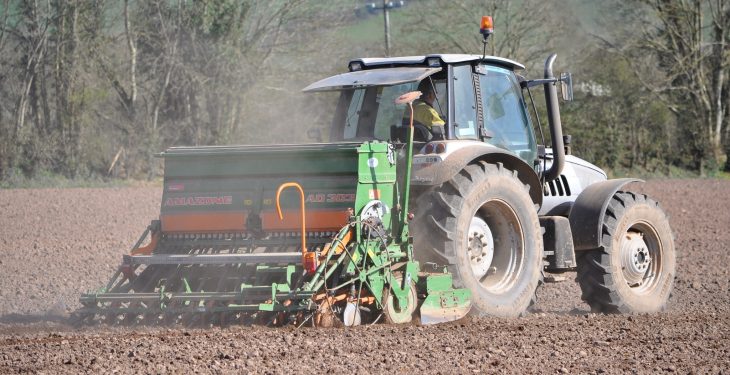 German machinery manufacturer Amazone – represented here in Ireland by Farmhand – has opened a new €20 million paint facility at its factory in Hude-Altmoorhausen.

The KTL paint centre, which is housed in an 8,000m² facility, has been designed with a capacity to paint up to 750,000m² of surface area per annum. KTL is the abbreviation for ‘cathodic dip’ painting (Kathodische Tauchlackierung). This, says Amazone, ensures “high-class corrosion protection – similar to that widely used in the automotive industry”.

The plant is digitally controlled and is divided into several operational areas. These include hanging up and taking off stations, a pre-treatment and primer coating hall, three curing ovens and a dip-paint and powder-coating area.

All areas are connected via a 2.3km-long overhead track system. Via this system, all the parts to be painted are automatically transported – via 140 carriages – from station to station.

“Now Amazone machinery is being painted utilising this state-of-the-art technology, which meets the highest environmental standards and so, at the same time, we have created far-reaching growth opportunities for the production in Altmoorhausen,” a company spokesperson said.

“The new paint facility is an important milestone for the Hude-Altmoorhausen factory,” Amazone Director, Christian Dreyer, explained. “In total, the new paint facility has cost about €20 million and is thus, up to now, the biggest individual investment in the company history of Amazonen-Werke.”

“This investment is worthwhile, because we now have one of the most up-to-date painting facilities in the agricultural industry. In this way, we strengthen our position to compete and thus safeguard the jobs of our employees,” Dreyer added.

Turnover Slightly Up In 2016

Meanwhile, at the boardroom table, the Amazone Group reported slightly increased turnover of €406 million in 2016 – up from €402 million the previous year.

This trend, says Amazone, is at odds with other German manufacturers. According to the German Mechanical Engineering Industry Association (VDMA), a drop in turnover of 2% in 2016 was seen across the industry.

In view of the difficult market conditions, Christian Dreyer and Dr. Justus Dreyer, Directors of Amazonen-Werke, regarded the result as very positive.