A syndicate of three herds made the top bid of 40,000gns at this year's British Limousin Cattle Society Autumn Bull Show & Sale.

Representing his fourth overall championship at Carlisle, it was the Junior and Supreme Champion Ampertaine Opportunity (pictured top) from W.J. & J. McKay, Maghera, which led the trade at 40,000gns when purchased jointly for three pedigree herds – Newhouse, Spittalton & Goldies.

The May 2018 born bull came with a wealth of homebreeding on both sides being by Ampertaine Gigolo, an Ampertaine Commander son, and out of Ampertaine Juliet, a muscly daughter of Ampertaine Elgin.

Purchasers said they were sold by his size, shape and good locomotion. At the pre-sale show held on the Friday, judge John Lynch of Dovea Genetics, Republic of Ireland had put him up as his Overall Champion.

Against the backdrop of continuing low industry prices for finished cattle and the uncertainty around Brexit, it was a pleasing result for the Limousin breed.

A spokesman for the society explained: "Trade for Limousin stores this autumn had remained pretty robust, and was reflected here with a decent demand for bulls with shape and performance heading to predominantly commercial buyers." 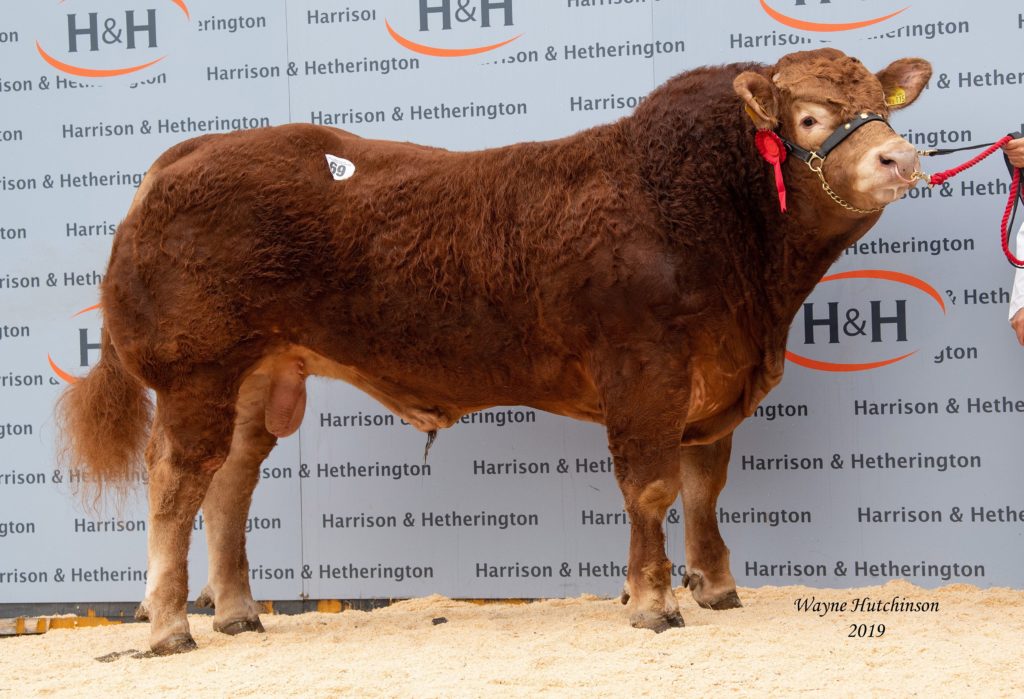 At 26,000gns was Foxhillfarm Ourbest (pictured above) by Foxhillfarm Lordofthering and out of Corranhill Krystal by the Sympa son Haltcliffe Dancer from Devon breeders Mr. & Mrs. M. Alford.

A first-prizewinning bull from the intermediate section and born in April 2018, he was purchased by Gordon Cameron, Newton Cottage, Acharrade, Argyll for his commercial herd.

An April 2018-born embryo calf, he is by Trueman Jagger and out of Calogale Izzy and had stood Male Champion & Overall Reserve Champion at the 2019 Royal Welsh.