Are beans the perfect break crop? 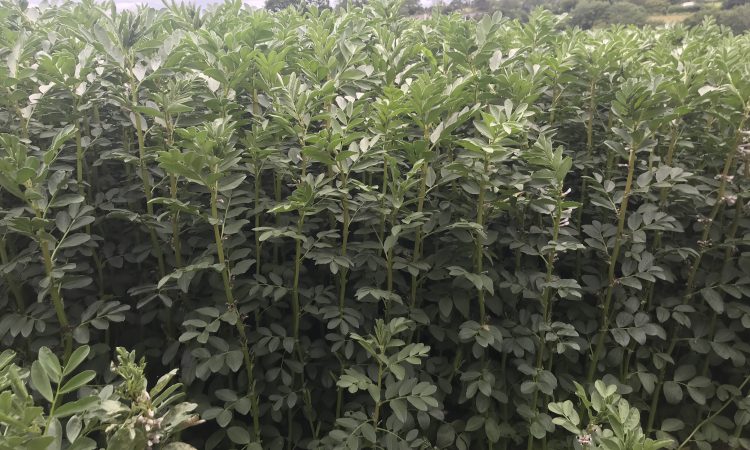 A leading Co. Down tillage farmer has confirmed that field beans are an extremely valuable break crop within all cereal rotations.

Allan Chambers farms at Seaforde in Co. Down. He grows a mix of winter cereals and forage maize. A broiler unit is the other enterprise on the farm.

His comments on the value of beans followed the announcement from Agriculture Minister Edwin Poots, confirming that the Department of Agriculture, Environment and Rural Affairs (DAERA) has launched a period of consultation on a proposal to introduce a protein crops payment pilot scheme for Northern Ireland.

“This is a development that arable farmers in Northern Ireland have been lobbying for over many years,” Chambers said.

“Beans grow well under the conditions that prevail in this part of the world. The residual nitrogen they leave in the soil will help boost the yields of subsequent cereal crops.

But feed compounders need a consistent source of supply. I believe that the availability of an area aid payment for beans will help make this happen.

Feeding trials carried out at the Agri-Food and Biosciences Institute (AFBI) confirm that beans can be successfully incorporated into dairy rations.

Specifically, this work shows that beans can substitute for soya or rapeseed at inclusion rates of up to 8kg per cow per day. An added advantage of beans is their inherently high starch levels.

Advertisement
According to Teagasc, field beans are a high protein crop well-suited to the Irish climate with a relatively high yield potential (6-8t/ha for winter and 4.5-7.5t/ha for spring varieties). Annual production has increased from 3,000ha to 11,000ha in recent years aided by an EU-funded protein crop support scheme.

Significantly, Chambers does not believe that the launch of a protein crops scheme will act to boost Northern Ireland’s tillage acreage.

“But it will help to stabilise the sector,” he stressed.

The land dedicated to crop production in Northern Ireland has fallen by 60% over the past 60 years. Grass is now king and it’s unlikely that this trend will change in the foreseeable future.

Chambers went on to confirm that environmental organisations, including the Royal Society for the Protection of Birds (RSPB), are now formally linking the continuing fall-off in the number of many native bird species to the reduced scope of Northern Ireland’s arable sector.

“This is a bit rich, given that these same organisations have been consistently blaming the use of chemicals on arable farms for the decline in bird numbers. Had they chosen instead, to support the maintenance of a vibrant arable sector, we would not be in the position that we find ourselves in today, where bird numbers are concerned,” he said.

“Evidence from England confirms that an expanded arable sector will help boost bird numbers across a wide range of species.”