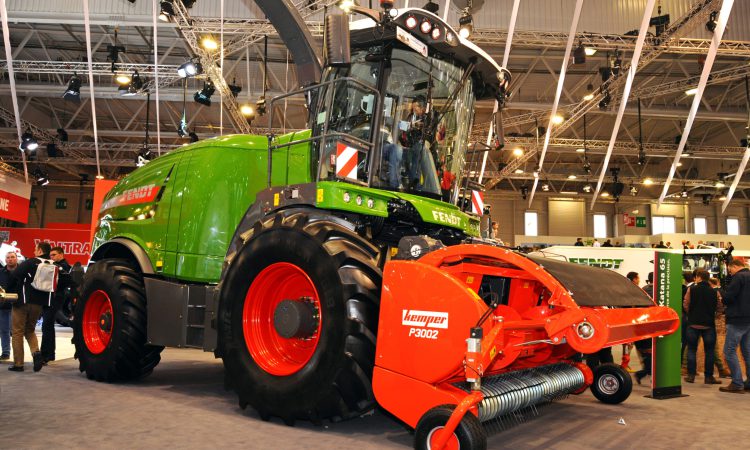 Axema is the major machinery trade organisation for France. It claims to represent 90% of the Agricultural Equipment sector, including both manufacturers (69%) and importers (31%).

Recently it released its 2020 economic report along with some notes on how it views the present situation.

The major headline is that sales activity hardly slowed down last year and that prospects are good, with strong demand for the start of 2021. According to the figures cited, French machinery production fell just 3.5% overall during 2020 despite a shaky start.

Although domestic (French) production held up better than expected foreign trade was more severely impacted. Exports and imports of agricultural equipment to and from France stood 8% below its 2019 level, which was in itself considered an exceptional year by many in the trade.

However, the organization tempers its bullish outlook when pointing out that component shortage and raw material prices are causing difficulties in the supply line and adding to the cost of the finished product.

Axema sound further alarm bells when it notes that 94% of its members are encountering supply difficulties of one sort or another.

Further, it reports that 75% of them are facing a shortages in the following order of importance: steel, electronic and hydraulic components. Finally, 13% believe that the temporary shutdown of certain production lines is inevitable.

This echoes many of the comments coming from Irish manufacturers and importers. Deliveries of near complete machines are being held up by missing items, sometimes very minor in size and cost, but quite vital to the operation of the machine, oils seals being one example.

The report also notes that the price of steel, which represents 30% to 40% of the average manufacturing cost of agricultural equipment, has more than doubled in one year, from 550 euros per tonne to 1,250 euros per tonne.

These two factors have the association worried for it has become –

A situation which gives rise to very strong concerns about the production and delivery capacity of agricultural equipment.

Not all machinery types have been effected in equal measure Tractors sales, which make up 25- 30 of the market in value, stayed within 2% of the previous years figure.

The sectors which saw growth included materials handling, balers and seeding while Irrigation and glasshouses saw an increase of over 10% in sales.

On the other hand, harvesting equipment, cultivation implements and fertiliser spreaders saw a downturn, although none dropped more than 10%.

Market dynamics remain strong at the start of 2021 and lead professionals in the sector to anticipate further market growth of + 5% to + 7% in terms of value. Nevertheless, the uncontrolled inflation of production costs and especially the growing unavailability of certain essential industrial inputs, raises real questions.

In a bid to mitigate the steel shortage the association calls for the lifting of European import quotas, yet the reasons for this shortage is placed elsewhere by steel stockholders.

Sheffield Metal International note that many mills were closed down in 2020 due to a slump in demand. These older mills take time to get going again and some will close forever as the industry awaits new, and more efficient, mills to come online.