Home » Agri-Business » Barnier in Belfast: People must be aware of Brexit consequences

Barnier in Belfast: People must be aware of Brexit consequences 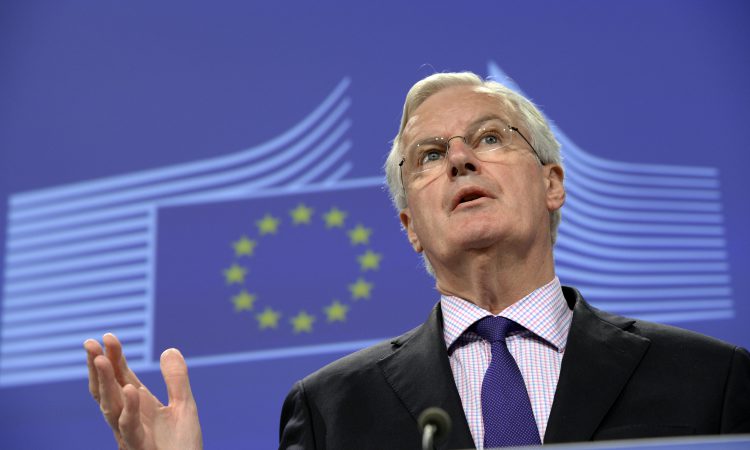 People must be aware of the negative consequences from Brexit, according to the EU’s chief Brexit negotiator Michel Barnier.

In his speech, the negotiator repeatedly touched on the topic of the UK’s impending departure from the union – which will take place this Friday, January 31.

Commenting on the EU’s negotiating stance over the past three years, Barnier said:

“We had – and we still have – the responsibility to encourage a genuine public debate on Brexit: on how it affects the EU and the UK, and in particular Ireland and Northern Ireland.

This debate hasn’t always been easy – but it is important. People must be aware of the consequences. Because it is absolutely clear that there will be negative consequences.

He noted that UK Chancellor of the Exchequer Sajid Javid recognised last week that parts of industry will face a negative fall-out.

“Whatever agreement we reach on our future relationship, Brexit will always be a matter of damage limitation. Not one single person – from the UK or elsewhere – has ever convinced me of the added value of Brexit,” Barnier said.

“At least, with the Withdrawal Agreement, which has now been ratified by the UK, we have managed to secure an orderly Brexit – for now.

One that limits the destruction of value for our citizens and businesses. This is also our objective going forward.

The chief Brexit negotiator highlighted the benefits that member states, including the UK, have gained from the EU, including the power of trading as a bloc, free movement and a common trade policy, which he added was very important of bringing stability to the island of Ireland following the Troubles.

Protocol on Ireland and Northern Ireland

Turning to the terms of the withdrawal agreement, specifically in relation to Northern Ireland, Barnier said:

“Implementing this new system will be a big challenge, in particular for UK authorities. In agreeing to the protocol, the UK has agreed to a system of reinforced checks and controls for goods entering Northern Ireland from Great Britain.

“I understand the fears of negative economic fallout expressed by some about these checks. But Brexit unfortunately has consequences that we must manage.

The UK has chosen: to become a third country; to leave the single market and the customs union; to leave behind the EU’s framework of common rules, common supervision and common Court of Justice.

It has chosen to create two regulatory spaces. This makes frictionless trade impossible. It makes checks indispensable. We will need sanitary and phyto-sanitary checks on food products and live animals.

“The EU must be able to assess risks on any product coming into its market and, if necessary, activate physical controls.”

Noting that such checks have to take place somewhere, while avoiding a hard border on the island, he said the only real option was to use Northern Ireland’s other entry points.

“This is also where such checks are the easiest to implement, and controls will also take place in Dublin and other EU entry points,” Barnier said.