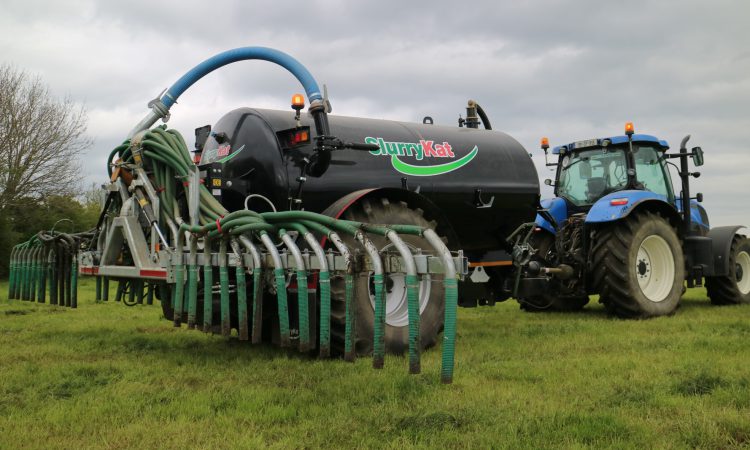 Farmers have been warned to be aware of new slurry spreading rules for spreading during the month of February which will take effect from this year onward, according to the Ulster Farmers’ Union (UFU).

The latest regulations have increased the buffer zones and farmers must now be 15m away from waterways and 30m from lakes.

The amount of slurry that can be spread at any one time has also been reduced to 30m³/ha (2,700 gallons/ac), the union notes.

“Farmers and contractors should take care to comply with these new rules to protect their area payments as any breaches could result in penalties.

“As the closed period finishes this week, many farmers are under pressure to spread slurry to relieve storage difficulties.

The UFU has always opposed the inflexibility of farming by calendar dates and the strain this creates; however, we urge farmers to make themselves familiar with the new rules to avoid penalties and protect waterways.

These additional restrictions will only apply during the month of February and from October 1 to October 15 each year.

The UFU is also reminding farmers who exported organic manures to other farmers during 2019, that a register of these exports must be submitted online to the Northern Ireland Environment Agency (NIEA) by This Friday, January 31, 2020.