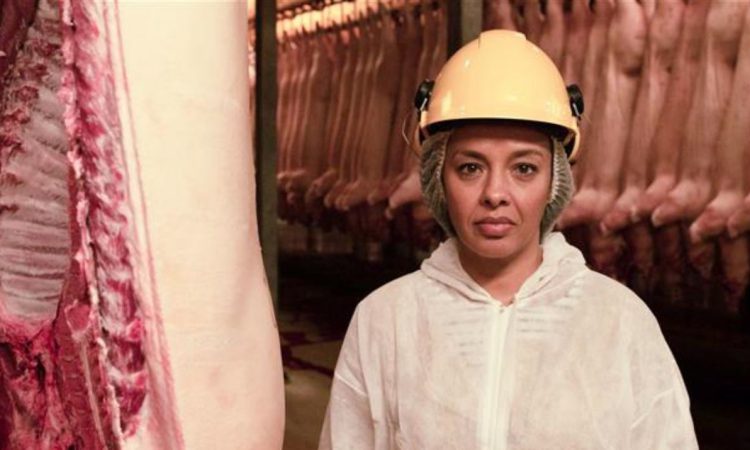 A BBC documentary focusing on international livestock farming has been criticised for not doing enough to differentiate overseas practices from those used in the UK, where the programme was aired.

Four of the UK’s farming union presidents from have responded to the BBC’s documentary ‘Meat: a threat to our planet?’

The statement penned by the National Farmers’ Union, NFU Scotland, NFU Cymru, and Ulster Farmers’ Union read: “At no point did the documentary explain the vast differences between American meat production and UK production.

“This was a massive oversight considering the BBC’s audience and would have left people with the impression that all meat is produced in the same way.

“We know the public want to eat sustainably and they can do this by investing in the UK livestock sector, which is already producing some of the most climate-friendly beef and lamb in the world and has an ambition to do even more.

“Simply showing the environmental impact of beef production in North and South America does nothing to help people make informed choices about food which can be grown and reared in ways that offer benefits for the environment.

“For example, with the UK’s climate, landscape and grass-based systems we have the means, and the ambition, to provide quality, nutritious meat in ways that not only protect the environment but help mitigate the world’s impact on the climate.

The documentary did, however, demonstrate the concerns UK farming has about future trade, and what we could expect to see on our supermarket shelves if the Government were to allow food into the country which has been produced in ways that would be illegal here.

“If we are to maintain our values of environmental protection and animal welfare which are at the core of UK farming, and we know the public want to uphold, future trade deals must ensure all imports meet the standard required of UK farmers.”

The bodies warned the programme could potentially mislead UK consumers about how their meat is produced.

They called for the BBC to highlight that consumers should purchase meat which has been produced through domestic assurance schemes to ensure it adheres to higher welfare standards and traceable environmental credentials.

“By concentrating on the issue at a global scale, it failed to show the positives which sustainable production in the UK offers over the systems featured,” the statement read.

“It also failed to note that, in 2018, UK beef imports from Brazil made up just 1% of our beef imports, so the majority of what consumers here purchase does not come from the farming systems featured which deplete the rainforests.”

The programme focused heavily on intensive farming practices in the US and South America.

“Little or no time was given to the other side of the debate and the significant efforts of UK agriculture to reduce our environmental impact.

The UK industry did not have a voice in the programme, despite being produced and aired on a terrestrial station to a UK audience.

“This was an inexcusable missed opportunity to present a solution to those who want to continue to enjoy meat but have become concerned about environmental impact, often on the basis of unbalanced reporting such as this.

“The UK is completely different to the farming systems shown on the programme, using natural resources to produce meat as sustainably as possible, with a focus on animal welfare. The industry has taken huge strides to reduce its carbon footprint and further increase nutrient density in the soil.

“Responsible and strategic livestock farming is a highly productive industry which produces a large amount of food for the population. When carried out effectively, carbon emissions can be minimised, with meat production playing an important role in global food security.”