Beavers released in Forest of Dean marks first in 400 years

A pair of Eurasian Beavers have been returned to the Forest of Dean on Tuesday (July 24) for the first time for around 400 years.

It is expected that the beaver’s activity in the Forest of Dean will improve biodiversity in their new 6.5ha home and may have the potential to reduce local flood risk.

Regular monitoring will continue on site throughout the three-year project to assess these ecosystem benefits.

The release was attended by Environment Secretary, Michael Gove, just as he announced £20,000 of new funding for the Devon trial reintroduction of beavers to understand further the impact of bringing back one of England’s native species.

Environment Secretary, Michael Gove said: “The beaver has a special place in English heritage and the Forest of Dean.

"This release is a fantastic opportunity to develop our understanding of the potential impacts of reintroductions and help this iconic species, 400 years after it was driven to extinction. 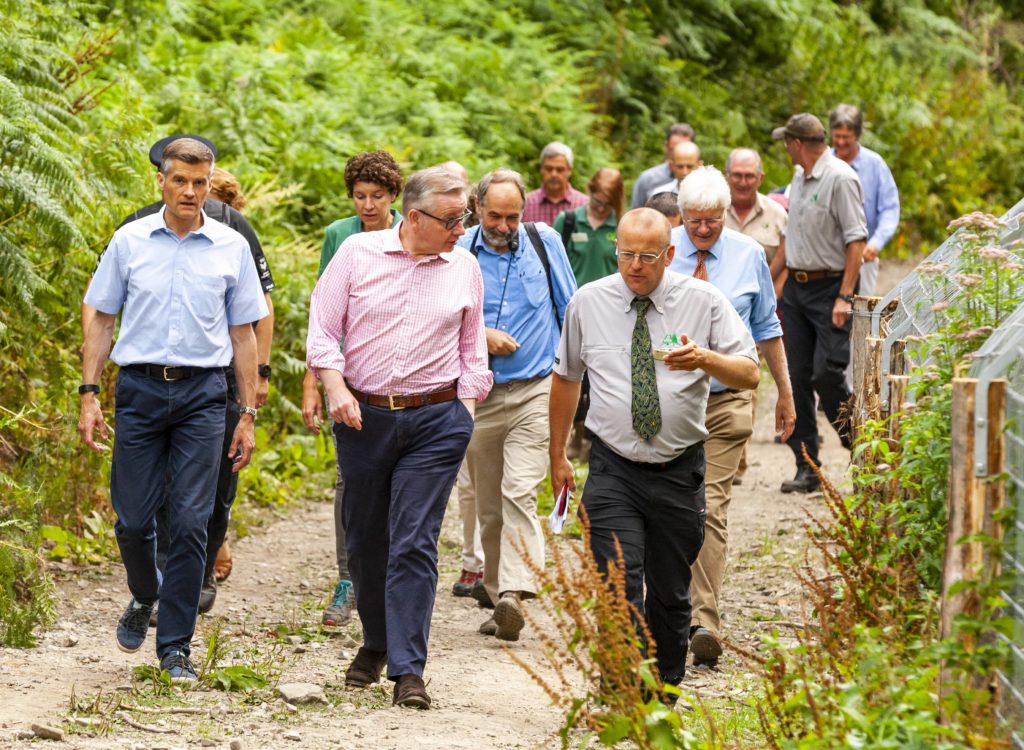 "The community of Lydbrook has shown tremendous support for this scheme and the beavers will be a welcome addition to local wildlife.

“The project is an example of our wider approach to enhancing biodiversity. It is another step towards our aim of leaving the environment in a better state for future generations.”

“We are looking forward to seeing the ecological and hydrological benefits the beavers will bring to the Greathough Brook."

The Forestry Commission unveiled plans for a trial reintroduction into the Greathough Brook in March 2017.

Since then, Natural England granted Forestry Commission officials a licence to release beavers into a carefully chosen and secure site which is now being used to house the semi-aquatic mammals.

Hydrological and ecological monitoring on the site is producing valuable scientific data and work is underway to ensure this informs future reintroductions.

Lydbrook has been subjected to several flooding events due to high volumes of water quickly running down the Greathough Brook and into the culvert system.

This trial will identify how the beaver’s dam building behaviour can help to hold larger volumes of water higher upstream in the natural pools and wetlands that will be created within the valley.

The dams are permeable, allowing water to be gradually released downstream and slow the flow of water.

Prof. Richard Brazier, a hydrologist from the University of Exeter said: "We have monitored the hydrology of the Greathough Brook for over a year now and shown quite clearly that the brook contributes to the flooding problems experienced in the village of Lydbrook.

"We now have a unique opportunity to study the impacts of beaver dams on the flood flows from this flashy and flood-prone landscape.

"The study will be a valuable and important opportunity to quantify the benefits that beaver dams might deliver and therefore contribute to natural flood management in an upland, wooded catchment".

The Eurasian Beaver is a large semi-aquatic native mammal that was once widespread throughout Britain. They were hunted to extinction by the beginning of the 16th century for their meat, fur and scent glands.

Records show that the Greathough Brook was once home to thriving populations of water vole, glow-worms as well as wood white and pearl-bordered fritillary butterflies.

These species depend on light, warm conditions – conditions that can no longer be found with the decline in sheep grazing and shading from trees.

Funding for the Forest of Dean project was secured in part by grants from The Gloucestershire Environmental Trust and Forest Holidays.

Natural England chairman to stand down in 2019