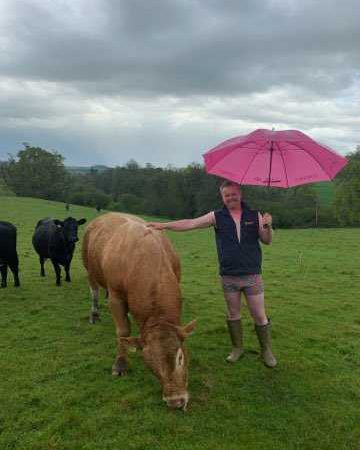 Beef and dairy farmers have raised over £1,000 for testicular cancer, while also improving their herd genetics as part of Breedr’s Bulls Out for Cancer campaign.

The campaign aims to raise £5,000 for the OddBalls Foundation, at the same time as helping farmers to improve their breeding and performance.

It coincides with the launch of new breeding reports in the free app, which align with the Agriculture and Horticulture Development Board (AHDB) Key Performance Indicators, helping farmers to identify the best genetics for continual herd improvement.

“We’re encouraging farmers to log when they turn their bulls out with the cows, and when females are bulling so that the app can generate alerts for returning cows and calving dates,” explained Suzy Wheal, co-founder of Breedr.

“By inputting simple data like that, as well as the sires, dams, calving ease and weaning weights, the app can automatically generate reports showing which bloodlines produce the best calves, whether that’s as replacements or for finishing.”

How donations are made

For every bull logged in the app in May, June and July, Breedr is donating £10 to the OddBalls Foundation, with an extra 10p added for each bulling activity or artificial insemination added.

Advertisement
Farmers who share their photos or video on Twitter with the hashtag #BullsOutForCancer will earn another £1 for the charity.

“Around 2,300 men are diagnosed with testicular cancer each year, and the OddBalls Foundation is all about raising awareness and getting men to check themselves regularly,” explained Wheal.

Healthy balls are vital to farmers, whether that’s their own or their bulls’ – they’re clearly a vital part of any breeding system.”

Tom Ellis from the OddBalls Foundation responded to the campaign by saying:

“Thank you to Breedr for raising money for the OddBalls Foundation.

“The money raised will go into helping us raise awareness of testicular cancer and get more men and boys talking about and checking their balls.” 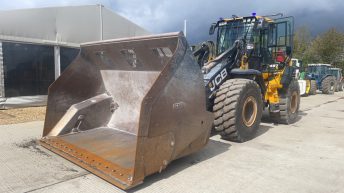