Beef boost for Canada with expansion of Japanese market access 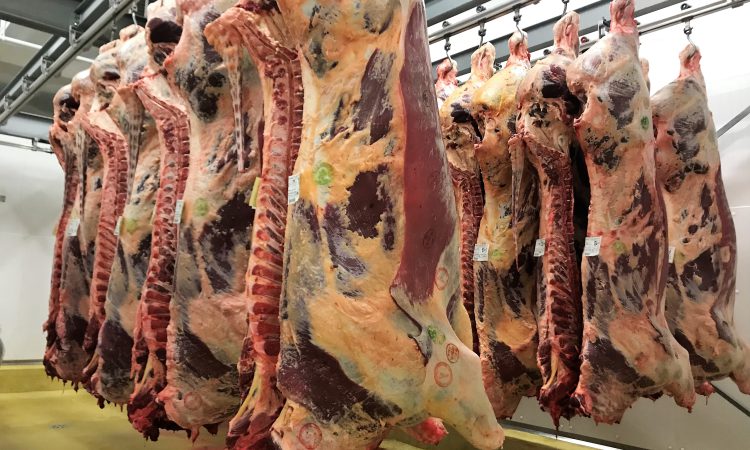 Canada has received a boost to its beef sector following the announcement of expanded beef access to the Japanese market last week.

Building on a successful G20 Agriculture Ministers’ meeting and trade visit to Japan, Canadian Minister of Agriculture and Agri-Food Marie-Claude Bibeau, and Minister of International Trade Diversification Jim Carr, made the announcement.

The ministers revealed that the Government of Canada has secured expanded market access for beef from cattle older than 30 months-of-age to Japan, the world’s third-largest economy.

Announced on Tuesday, May 21, the move sees Japan lift the final restrictions placed on Canadian beef 16 years ago following the discovery of BSE in the Canadian state of Alberta in 2003.

Based on industry estimates, the expanded access has the potential to increase exports by up to 20%, according to the Canadian Government.

The news follows a recent trade deal struck between the Canadian Government and Asia-Pacific countries, providing expanded market access for beef under the the Comprehensive and Progressive Agreement for Trans-Pacific Partnership (CPTPP).

In the first three months CPTPP was in force, Canadian agri-food, fish and seafood exports to CPTPP countries increased 3.6% over the same period in 2018, with Canadian beef exports to Japan increasing by more than 117%.

Commenting on the move, Minister of Agriculture and Agri-Food Marie-Claude Bibeau said: “I was pleased to advocate for and represent our hardworking farmers and processors in Japan last week.

Increasing and diversifying trade in Asia’s dynamic markets is an important part of our Government’s overall trade strategy.

Premier of Alberta Jason Kenney welcomed the news, tweeting: “The complete removal of 16-year-old Japanese trade restrictions on Canadian beef are important for Alberta’s livestock sector and should serve as a model for other countries that still restrict world-class Alberta beef.”