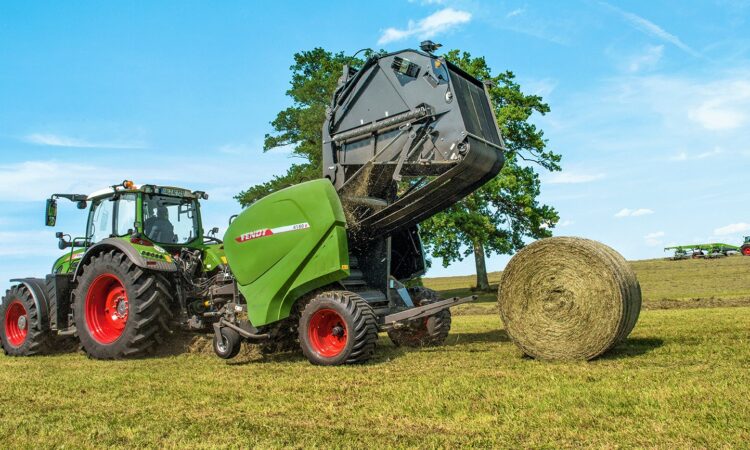 Fendt entered the grassland sector some five years ago; it looks set to tout an extensive range of silage machinery at this year’s FTMTA (Farm Tractor and Machinery Trade Association) Grass & Muck event on May 17.

Visitors will be able to see machines from the recently-enlarged grassland line-up – from the Former rake right up to the Katana self-propelled forage harvester.

Fendt says that those already running Katana foragers “report a pleasing relationship between power and fuel consumption – thanks to smooth, efficient engines with ECO/Power drive modes”.

Expect to also see a Fendt Tigo silage wagon. Coming into Fendt’s product portfolio as a result of the Lely deal, these machines have an adjustable bulkhead – meaning that the loading area above the pick-up can also be used.

The VarioFill loading/unloading system is claimed to boost crop compaction and density. When unloading, the bulkhead just swings round to face the rear – so the crop goes out in the same direction as it came in.

Also for silage – but for straw too – there’s a choice of four models in the new-to-Fendt range of round balers. These machines also result from the aforementioned Lely (Welger) deal.

The ‘entry-level’ model is described as “robust, straightforward, knife-free and with the benefit of a low power requirement”. At the other end of the scale is the range-topping 4180 V Xtra; expect to see one of these at the event in Gurteen College.

Also at the event will be examples of Fendt-branded mowers, including Cutter drum-type machines and Slicer disc-based versions (from the Fella-originated factory) – the latter with a patented TurboLift system.

Also making an appearance will be a clatter of Fendt’s Twister tedders and Former rakes. 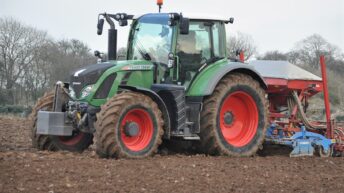 Fendt not Germany’s best-selling brand; but 724 Vario is its ‘favourite’ model