Home » Environment » Bison to be introduced to British woodland

Bison to be introduced to British woodland 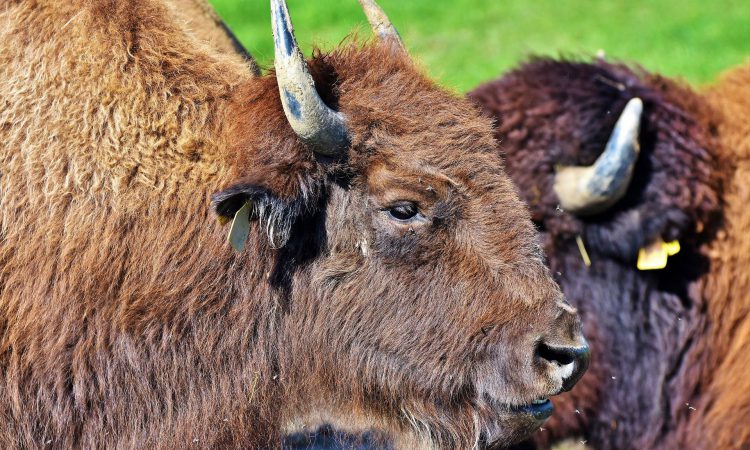 Europe’s largest land mammal will be introduced to a British woodland in a bid to “restore its ecosystem”.

The ‘Wilder Blean’ project, led by Kent Wildlife Trust and the Wildwood Trust, will see bison introduced to a woodland in Kent, England.

Described as an “ecosystem engineer”, because of its ability to create and improve habitats for other species, adult males can weigh as much as a tonne.

Bison releases have already apparently proven successful in restoring habitats in other European countries including Poland, Romania and the Netherlands.

‘Reversing species loss in the UK’

The project, which has been made possible by an award of £1,125,000 from the People’s Postcode Lottery Dream Fund, will be an “important step towards reversing the terrifying rate of species loss in the UK”, according to Paul Hadaway, director of conservation at Kent Wildlife Trust.

This project will prove that a wilder, nature-based solution is the right one to tackling the climate and nature crisis we now face.

“Using missing keystone pieces like bison to restore natural processes to habitats is vital for creating bio-abundance in our landscape.”

Despite their size, bison are described as peaceful animals. Their ability to fell trees by rubbing up against them and eating the bark creates space for a wide range of other species to thrive.

According to those running the project, the bison will be accompanied by other grazing animals to create the “greatest plant and animal biodiversity possible”.