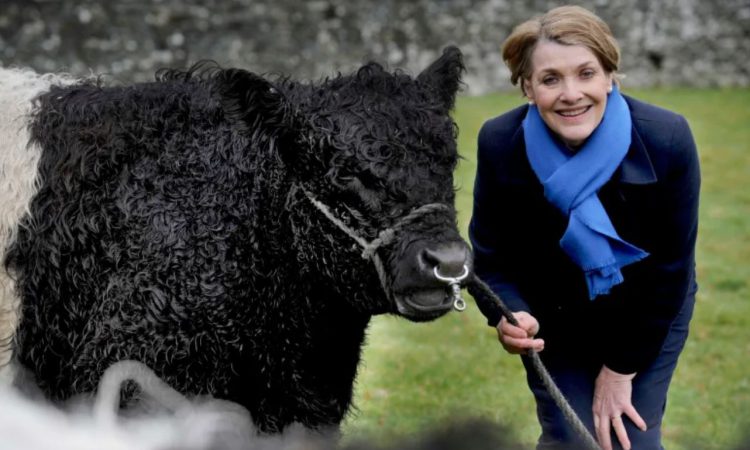 Dumfries and Galloway and its famous Belted Galloways will take centre stage at next year’s Royal Highland Show.

Plans had been well advanced for the region to host this year’s event which then had to be cancelled due to the Covid-19 pandemic.

The Royal Highland Show traditionally took place in a different region of Scotland each year, before it moved to its permanent site at Ingliston, Edinburgh, in 1960.

However, the legacy remains, with the role of ‘host’ still rotating between the country’s eight regions. The host region is able to use the opportunity to showcase the best of its region.

However, due to this year’s exceptional circumstances, the directors of the Royal Highland and Agricultural Society of Scotland (RHASS) have voted in favour of Dumfries and Galloway remaining as the host region for 2021.

Taking place at the Royal Highland Centre outside Edinburgh from June 17-20, the show is the pinnacle of the agricultural calendar and a showcase for the best of rural life and business.

The presidential team, which is led by broadcaster and Lord Lieutenant of Dumfries, Fiona Armstrong, welcomed the news as an opportunity for farmers, businesses, artists and others to highlight all that’s south-west Scotland has to offer.

Armstrong, who will now continue as RHASS honorary president, said: “This is wonderful news and such a boost for Dumfries and Galloway – and we all need a boost at the moment.

“We would like to thank the Royal Highland and Agricultural Society of Scotland for their generosity in allowing this to happen. A chance like only comes around every eight years.

We had ambitious plans to highlight the region and it would have been a great shame if those had come to nothing.

“This year’s show was a ‘virtual’ one and very successful. Next year’s will hopefully be the real deal allowing us to showcase D&G as a place of excellence for its food, farming, coast, countryside, art, culture, heritage and tourism.

“And we are looking forward to the region’s much-loved Belties having a starring role.”

DG Unlimited (Dumfries & Galloway’s Chamber for the Arts) has said there will be specially-commissioned artworks – including multi-coloured life-size cut-outs of cows – which will be displayed around the showground so visitors can take a selfie with a Beltie.

DG Unlimited chairman Cathy Agnew said: “Dumfries & Galloway has a large and vibrant creative community and the Royal Highland Show is a wonderful chance for us to help bring some of this immense artistic talent to the attention of a diverse national and international audience, at the same time as encouraging young people to learn more about their own region.

“There are also plans for the former servicemen who have developed the Dumfries Veterans’ Garden to create a special garden at the show.”

The strapline for the 2021 show will be ‘Dumfries & Galloway – Let’s Grow Together’, reflecting the region’s ambition to build on its many strengths.

RHASS chairman Bill Gray added: “We are really looking forward to shining a spotlight on Dumfries and Galloway at the 2021 Royal Highland Show. The presidential team has some big plans for showcasing their region.

“With prizewinning livestock, gorgeous landscapes and top-quality food and drink producers, the region has much to celebrate.

“Dumfries & Galloway generates enormous value to Scotland’s rural sectors, and we can’t wait to display this to everyone this year.” 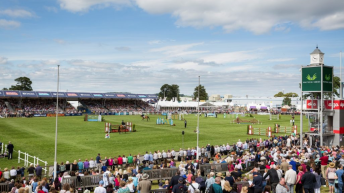