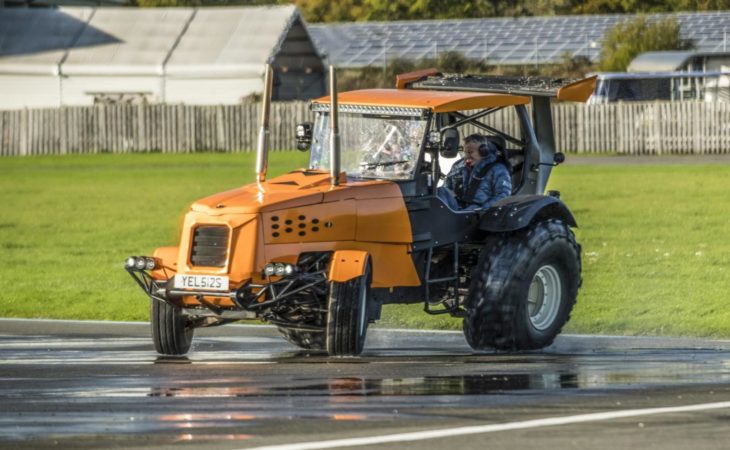 A new Guinness world record has been set for the fastest tractor on the planet, after well-known BBC programme Top Gear built and raced a modified version of the typical farmer’s favourite vehicle on the flat track.

Top Gear’s appropriately-named “Track-tor” – complete with test driver ‘Stig’ on board – managed to obtain the ‘Guinness World Records’ title for the fastest tractor with a top speed of 87.2mph (140.3kph), according to the Top Gear website.

This easily overtakes the previous record of 80.87mph (130.15kph), which was set by Valtra and Nokian Tyres in Vuojarvi, Finland in February 2015.

The “Track-tor” was built using a 5.7L Chevrolet V8 engine with 500bhp on tap – and a can of Lamborghini orange paint, because it’s Top Gear after all.

Presenter of the show, Matt Le Blanc, commented on the creation, speaking of the programme’s intention to “speed up” farming.

“As the proud owner of no less than four tractors, you could say I’m a bit of an enthusiast. The theme of this week’s film is that tractors are blocking up Britain,” he said.

“When you get stuck behind one, you can’t go anywhere. So we’re trying to speed up farming.

When Lewis Hamilton retires, this is what he’ll be driving.

Guinness World Records adjudicator Jack Brockbank also spoke, saying: “To watch ‘The Stig’ hurtle past me in a tractor at 87mph was surreal, but hugely impressive.

“Equally as impressive is the engineering expertise of the Top Gear team that made this possible.”

As unrealistic and impractical as it may be, AgriLand couldn’t help but imagine the thrill of bringing home the bales with one of these! 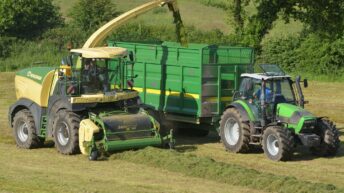