A marketing drive to encourage Brazilian dairy farmers to rear their bull calves for beef is battling to make steps in solving two of the industry's biggest challenges - antibiotics in milk and what to do with dairy bull calves.

In Brazil, it is not an uncommon practice for unwanted bull calves to be killed in ways deemed unlawful in other countries - such as blunt force to the head.

Castrolanda's Gran Beef programme offers a premium product to boost the beef price for these animals, encouraging producers to keep the animals for up to 11 months.

The programme's pilot run by Dutch co-operative Castrolanda has generated significant interest. Despite starting with just three farmers, the scheme has now signed up around 35 farmers.

It's still an incredibly small proportion (less than half a per cent) of its business, as the co-op works with more than 870 farmers based in Paraná and Sao Paulo, around its base in Castro, Brazil's dairy capital.

The co-op's other ventures include dairy processing, potatoes, corn, wheat, seeds and feed and more recently beef and pork.

Animal welfare in Brazil is still a long way behind the likes of the UK, Ireland and other European countries.

However, it is undeniable progress in a country where animal welfare is not a significant factor for consumers or retailers.

It's estimated that almost 50% of agri-food produce in Brazil passes through a co-operative; that makes schemes like this an important tool in changing attitudes towards animal welfare and sustainability.

'Gran Beef' - the brand under which the meat will be sold translates as "great beef". The meat is marketed on for its lower fat and cholesterol compared to beef typically available in Brazil.

Castrolanda chief executive Thomas Domhoff explained that the co-operative had initially looked at marketing the meat under the brand 'Baby Beef', however, this name was already taken.

He explained that the project primarily aims to improve animal welfare; however, making it profitable was one of the most important aspects to get farmers on board. 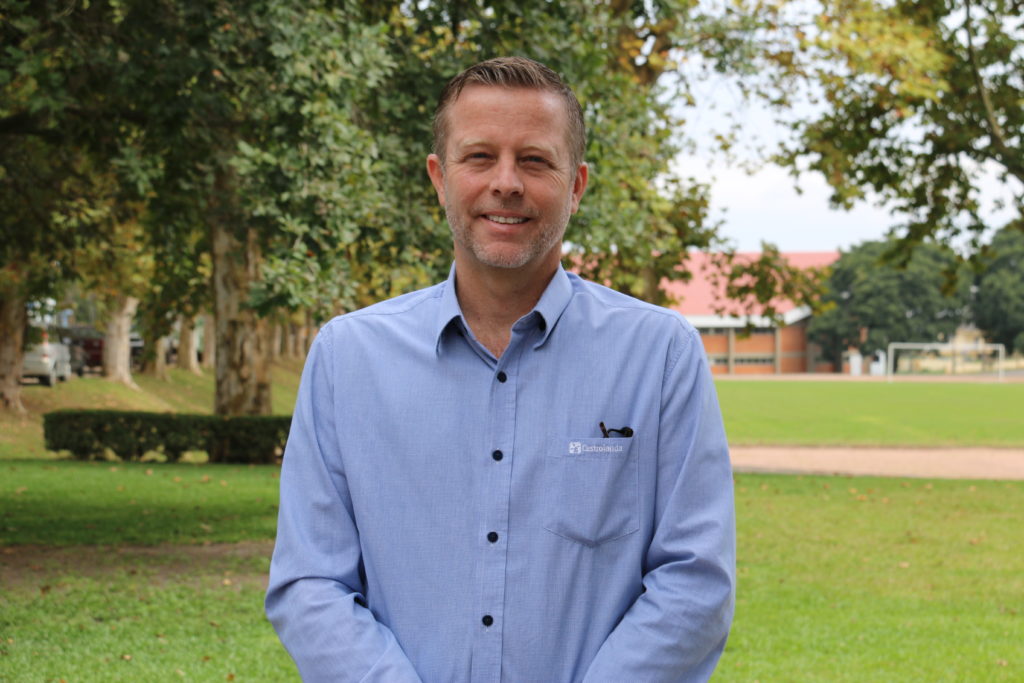 "The niche urban market pays 50BRL [£9.90] more per kilo for this kind of meat - selling mostly in bigger cities," he said.

How the scheme works

Calves reared under the Gran Beef scheme can be fed either milk replacer or whole milk - or a combination of both - before weaning at three months old.

However, farmers are also being encouraged to feed milk containing antibiotics to the calves to make use of waste milk.

Antibiotics are not officially allowed in milk; however, processors find it too expensive to test every collection with some of the smallest producers only supplying as little as 100L a day - as a result, some antibiotics inevitably make it into the supply chain here.

After weaning, the animals are finished solely on grain in the form of high-protein pellets (up to 30%) and maize.

For the animals up to eight months there is a 5% deduction because the carcases carry more fat and are marketed for a slightly different market - retail instead of high-end foodservice.

"By the end of it, the farmer gets about $90 per animal in profit. It's a good boost, however, the programme is really about improving animal welfare," he said, highlighting that unlike veal the calves are not confined.

"It's been supported by adding value to this product as a brand.

"Most Brazilians don't care about animal welfare - it's a very small group of urban Brazilians that are starting to care about it.

"The reality is that we still use a lot of antibiotics, we don't treat our animals necessarily the right way. It's very common to load up your pigs and keep prodding them with electrical sticks and things like that - they might even kick them or put on a high-powered water hose on them.

It's all of this stuff that shocks us in Europe that still is relatively common in Brazil. Some farmers more, some farmers less. So if you want to make change these are the kind of forces you are up against.

"The mindset is that it is just an animal. There is no consumer pressure yet to do much and much better with the animals.

"We saw that it could be different – we ran a pilot and said let’s feed them up a bit up to eight and 11 months.

"Three farmers started the pilot in November last year. Today there are 35 farmers on the programme."