Home » Agri Politics » Brexit: ‘British farming has lost the one thing which gave it confidence’

Brexit: ‘British farming has lost the one thing which gave it confidence’ 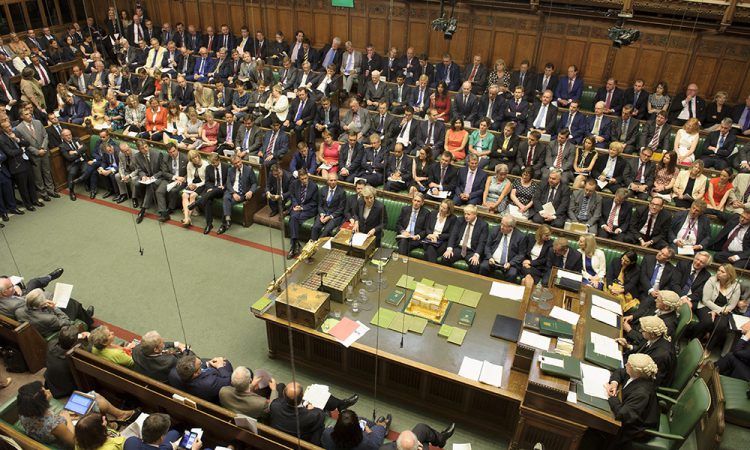 MPs voted by a large majority to reject the proposed Withdrawal Agreement. The 230 vote defeat is the greatest any sitting UK Government has ever seen.

A vote of no confidence in the Government is to be held tonight at 7:00pm.

With Parliament now dealing with a vote of no confidence, the organisation is calling for this to be dealt with urgently and to work together to quickly agree on a way forward.

NSA chief executive Phil Stocker said: “It is very concerning that two and a half years after the EU referendum, and two and a half months before we leave the EU, our politicians have chosen to block the only Brexit deal we have on the table – and that now the Government’s future has been thrown into question.

All the preparation went into the proposed deal and it was the only thing on the table that offered British agriculture any kind of confidence.

“Right now the only thing we know is that we are heading closer and closer to a no deal, something we know would be extremely damaging for sheep farming and for our wider agricultural industry.

“Who knows what will emerge over the next few days and weeks, but it is unacceptable that businesses don’t have a clue about the framework they will be working within in some 80 days’ time. This is not an acceptable situation and NSA will continue to do everything in its power to keep driving the dangers home to MPs.”

A no-deal scenario has the potential to knock British export markets. Around 35% of British lamb currently goes overseas and the vast majority of that (96%) is sold into the EU.

Stocker added: “A no-deal would result in the immediate loss of EU access, with no alternative options, and would cause immense disruption to our markets for months – if not longer.

“When re-established, adding a tariff to the cost of production would be very worrying for UK producers who already produce at a high cost to meet the UK’s world-leading welfare standards.

“There is potential for tariffs to be as high as 50% of the value and, while we may see a fall in sterling, it would not be enough to offset higher export costs.

If this situation comes about we could see a sharp decline in the national flock, with few alternatives for many grassland farmers, and the loss of the infrastructure that supports our industry.

The Country Land and Business Association (CLA), which represents landowners, farmers and rural businesses in England in Wales, echoed the calls, adding that any form of certainty over the future was now urgently needed.

CLA president Tim Breitmeyer said: “Losing the vote at this critical stage means rural businesses continue to face significant uncertainty on the nature of the UK’s departure from the EU.

“With Brexit less than three months away we need urgent clarity from the Prime Minister on her next steps and how she plans to deliver a Brexit which provides the opportunities that leaving the EU presents, whilst ensuring no harm to farming, the rural economy and communities across the countryside.

“This must include the free and frictionless trade between the UK and EU, on which many rural businesses depend.”

The British Veterinary Association (BVA), which represents 18,000 UK vets, said leaving without a deal would have a “profound impact” on the veterinary profession.

BVA president Simon Doherty said: “We know that our members are particularly worried about workforce shortages and capacity, so we will ramp up our campaign to restore vets to the shortage occupation list and develop an immigration system that works for everyone in the profession.

“Uncertainty over the UK’s future status will put additional pressures on an already overstretched profession, so it is essential in the event of a no-deal scenario that the Government gains listed status for the UK as a matter of urgency.”