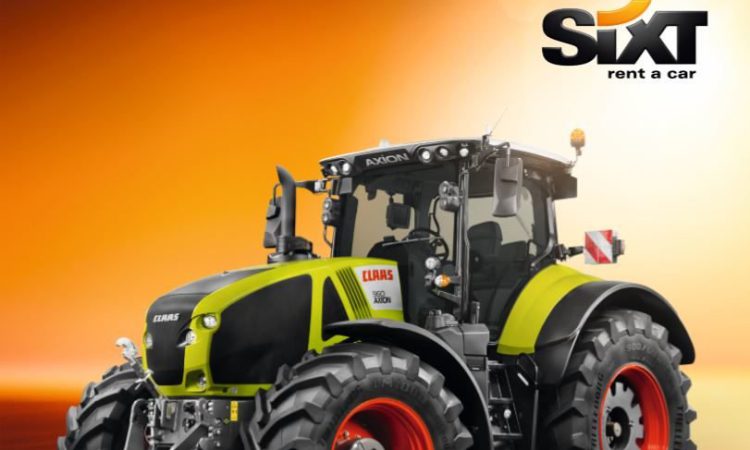 Yesterday (Tuesday, January 15), we brought you news of an interesting tractor-related development in Germany, whereby Claas has teamed up with car rental giant Sixt – in a novel marketing campaign.

Also Read: A car rental outlet with a difference: Is this the new face of tractor hire?

Claas has since been back in touch with AgriLand to confirm that the arrangement is part of a special six-week initiative.

Since January 8, in fact, tractors from the (Claas) Axion 800 and 900 ranges have been available to rent at five Sixt outlets in Germany – outlets that typically rent cars and vans.

According to Claas, the minimum rental period is two days. Renters must hold a valid and sufficient driver’s license, enabling them to drive such a vehicle on German roads.

Given the availability of such short rental periods (as short as two days), it would appear that the rental tractors are being aimed at people who might simply want to try out or drive a tractor – for any number of reasons.

This picture (below) depicts a poster that is being used to promote the initiative in parts of Germany. There is no indication, as of now, that this novel marketing campaign might be expanded into other countries. 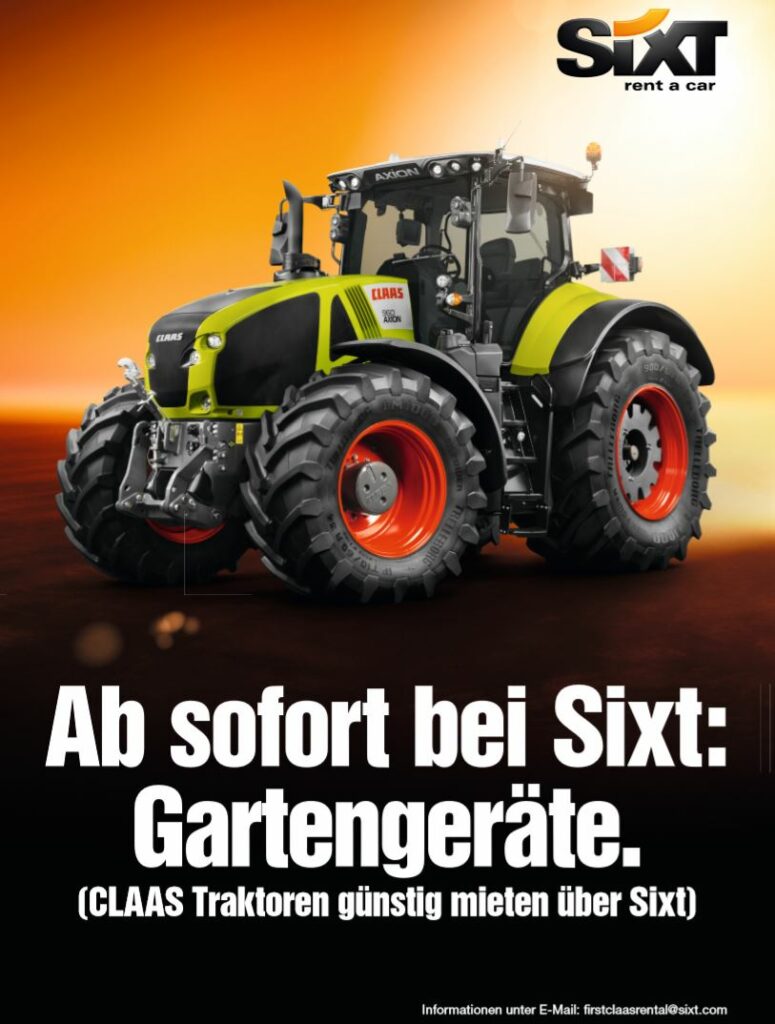 It’s worth noting that Sixt operates a multi-national car rental business. It has thousands of outlets in countries dotted around the globe. It has an especially large presence in Germany.

Sixt is also a well-known brand-name in the car rental business in the UK and Ireland; its outlets can typically be found at major airports and cities.

Meanwhile, the Claas/Sixt campaign is designed to raise awareness of the broader ‘First Claas Rental’ initiative – a German scheme whereby farmers and contractors can access any manner of tractor for what are described as “flexible and/or short terms”.