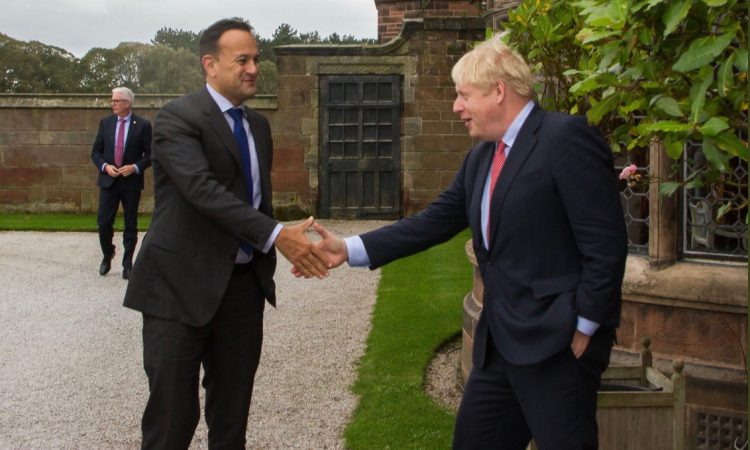 The Taoiseach Leo Varadkar and UK Prime Minister Boris Johnson have issued a joint statement outlining that they “could see a pathway to a possible deal”, following talks today, Thursday, October 10.

The Taoiseach shared the brief joint statement from both himself and Prime Minister Johnson on social media, following the talks, which were held in Cheshire, England.

“The Taoiseach and prime minister have had a detailed and constructive discussion. Both continue to believe a deal is in everybody’s best interest. They agreed that they could see a pathway to a possible deal,” the statement said.

Here’s our joint statement following my meeting with @BorisJohnson in Cheshire this afternoon pic.twitter.com/RxjF9qFte8

“Their discussions concentrated on the challenges of customs and consent.

“They also discussed the potential to strengthen bilateral relations, including on Northern Ireland. They agreed to reflect further on their discussions and that officials would continue to engage intensively on them.

“Following their discussions, the Taoiseach will consult with the EU Task Force and the UK Brexit Secretary will meet Michel Barnier tomorrow morning,” the statement concluded.

Yesterday, EU Brexit negotiator Michel Barnier gave a less optimistic update on Brexit negotiations, stating that proposals put forward by the UK government last week to replace the backstop “are not something we can accept“.

The UK is due to leave the EU at the end of this month, on October 31. Unless either a deal is agreed or an extension is granted by that date, a no-deal scenario will come into play – with potentially disastrous impacts on Irish agriculture.