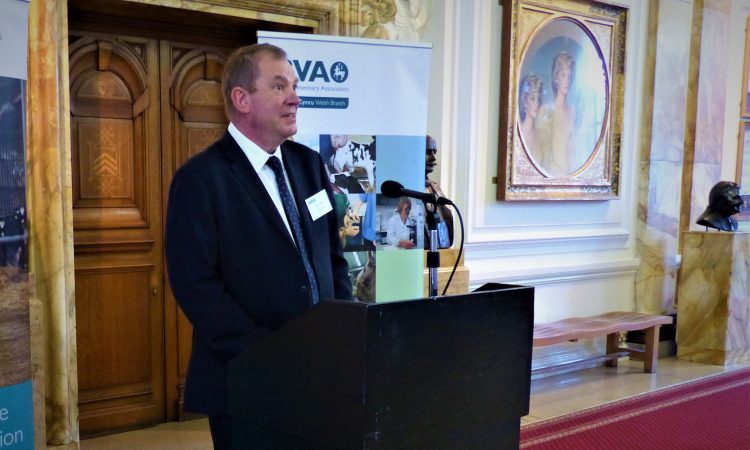 British Veterinary Association (BVA) president John Fishwick has called for “urgent action” to guard against a serious shortfall of vets in Wales following Britain’s withdrawal from the European Union.

His call in his speech at BVA’s Annual Welsh Dinner last night came amid growing concerns about how Brexit may impact on vets working in Wales.

One in five of whom is a non-UK EU national according to the most recent figures from the Royal College of Veterinary Surgeons (RCVS).

This figure rises to 100% when applied to official veterinarians (OVs) carrying out essential work to ensure that high standards of health and welfare are maintained at every stage in Welsh abattoirs.

Guests at the event at Cardiff’s City Hall included the Cabinet Secretary for Energy, Planning and Rural Affairs Lesley Griffiths, Welsh Assembly Members, and key representatives from animal health and welfare organisations, and colleagues from the veterinary profession.

This is especially important when it comes to protecting against food fraud and animal welfare breaches, as it is imperative to preserve high levels of consumer confidence in Welsh produce, both at home and overseas.

“The situation is a serious one, but we are at least encouraged by the strength of feeling and scale of work being done to ensure that vets’ voices on Brexit are being heard and harnessed both in Wales and across the UK.”

BVA has been working closely with assembly members and MPs to build support for the Welsh veterinary workforce and understanding of the challenges posed by Brexit.

A total of 20 Assembly Members, rallied by Plaid Cymru AM Llyr Gruffydd, have signed a letter to Michael Gove urging him to support calls to reinstate vets on the shortage occupation list.

In the UK skilled jobs usually need to be advertised to residents of the European Economic Area (EEA) for a set period before they can be offered to workers from elsewhere – a requirement is known as the ‘Resident Labour Market Test’.

Adding veterinarians to the list would mean positions would not need to be advertised before they can be offered to a non-EEA immigrant.

Fishwick also called on the Welsh Government to follow England’s lead and make CCTV compulsory in all slaughterhouses in the interests of animal welfare.

He said: “We welcomed Welsh Government hints at future legislation when it announced a grant aid package to support welfare and CCTV roll-out in small and medium abattoirs.

“Our message tonight is: please keep this momentum up and make the move towards legislating across the board.

“Doing so would give a vital vote of confidence in the work of official veterinarians and help ensure that Wales continues to have some of the highest standards in animal health, welfare and food safety.”

On the topic of TB, Fishwick said: “Partnership between vets, farmers and government is paramount for controlling and protecting against this disease as effectively as possible.”

The BVA president ended his speech by thanking BVA Welsh Branch for its hard work in the past year engaging members in policy and giving them a strong voice on key issues. 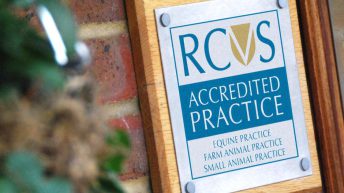