John, Maurice and Douglass Steiger, the father and sons who built the first Steiger articulated 4WD tractor more than 60 years ago in the US, have been inducted into the Association of Equipment Manufacturers’ (AEM's) Hall of Fame.

The recognition from the North American organisation comes as celebrations begin to mark 50 years since manufacturing of Steiger tractors began in Fargo, North Dakota (US) - the city where production is still ongoing today. 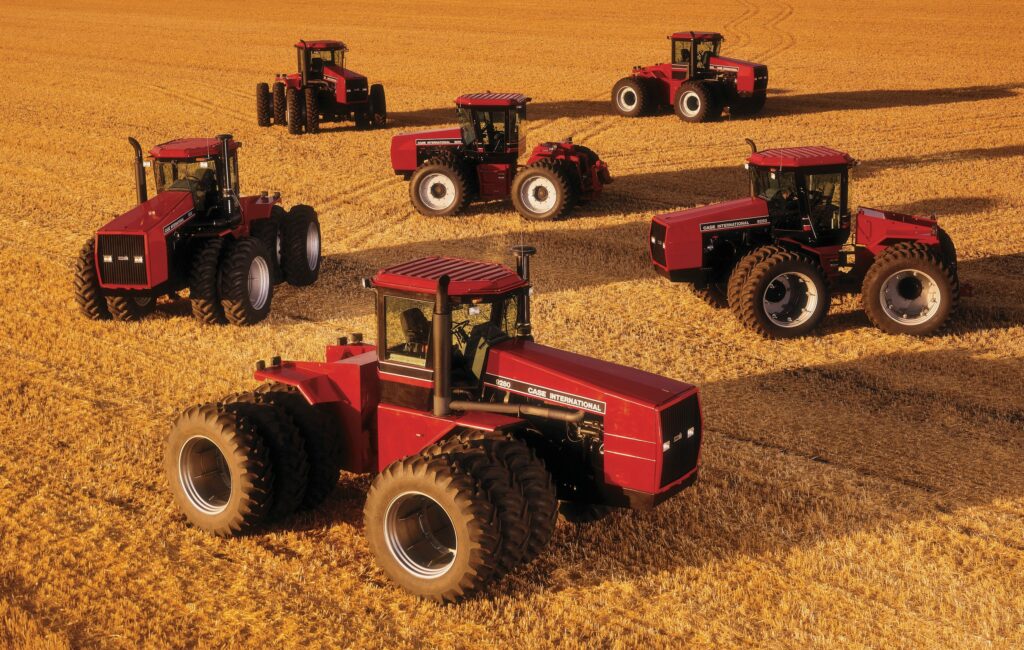 The business became part of the Case IH empire in 1986. Since 1996, Quadtrac tracked articulated machines have been produced (in Fargo) alongside wheeled models. 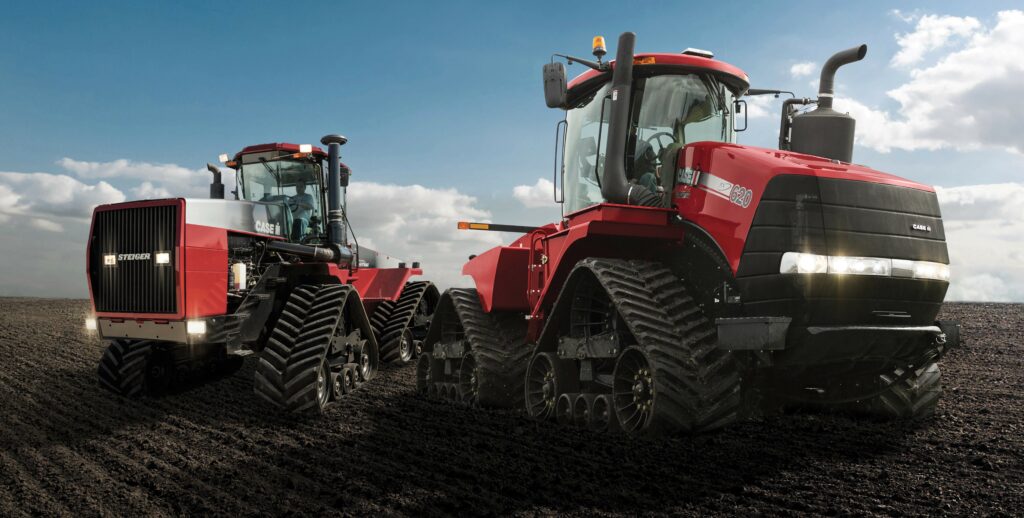 It's worth noting that the AEM Hall of Fame was founded in 2008. Since then, it has sought to honour pioneering individuals who have invented, managed, built and led - within the off-road equipment industry.

The first Steiger tractor was built during the winter of 1957-58 by John and his sons Maurice and Douglass on their farm in Thief River Falls, Minnesota.

While most tractors of the time were 2WD and had less than 100hp on tap, the family opted to build a more "robust" machine - a 4WD tractor with equal-sized wheels and articulated steering.

Nicknamed 'Barney', the first Steiger tractor (wearing a distinctive lime-green coat of paint) had 238hp under the bonnet.

When neighbouring farmers began to notice the machine, they supposedly asked the family to build them something similar. After the advent of an additional 118hp model, a full line-up of 150-300hp tractors was put into production. They were assembled in converted farm buildings.

External investment prompted manufacturing operations to move in 1969 - to a factory in Fargo. That's where the first of the famous 'cat-named' models - the Wildcat (a 1987 Wildcat is pictured below) - went into production. 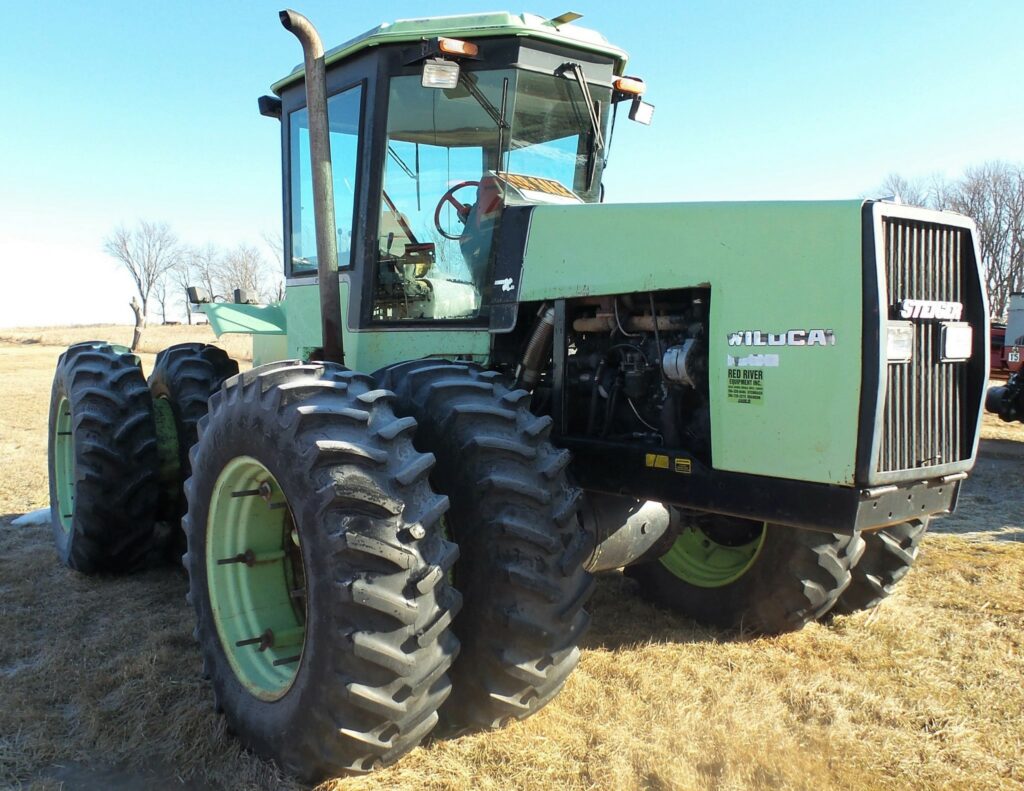 By 1975, work was completed on a new factory (also in Fargo). That's where production is still based today. Case IH says that over 80,000 wheeled and tracked 'Steiger' tractors have been produced. 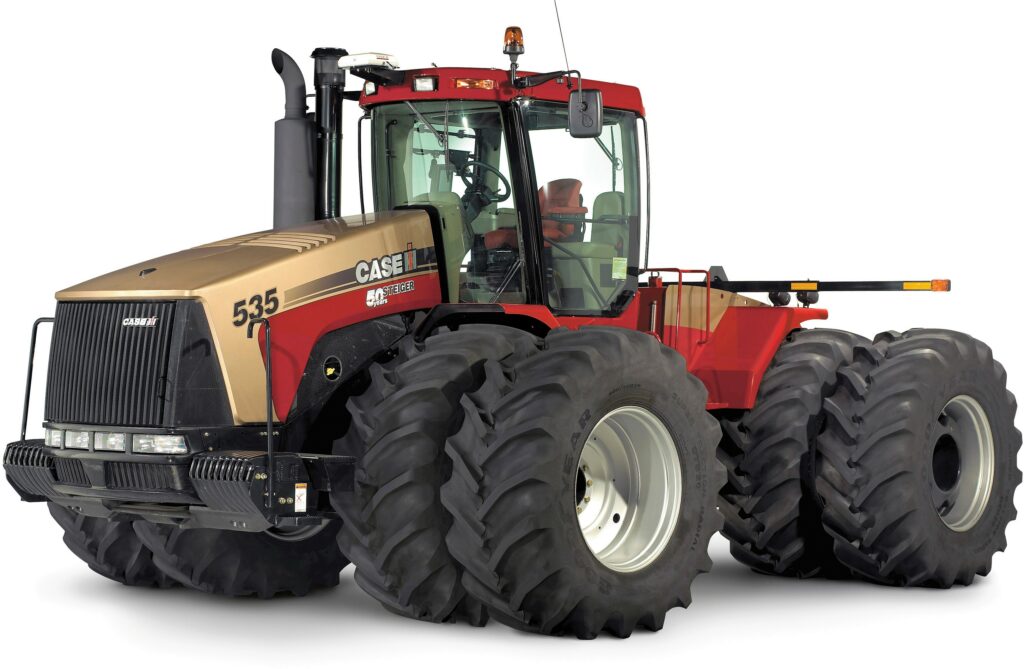