To celebrate 20 years of Quadtrac production, Case is releasing a special edition model – the Case Quadtrac 620.

According to Case, the special edition tractor will reflect the design of the original Quadtrac launched in 1996.

The tractor will feature a matt black bonnet and cab frame as well as 20th anniversary decals.

This styling package will be available as an option on all Quadtrac 620 models ordered by November 30 of this year.

Paul Freeman of Case IH said, Case is proud of the success of the Quadtrac and wanted to honour the milestone of 20 years in production,

Although the Quadtrac 620, with a maximum output of 697hp, is our largest model, it’s also one of our biggest sellers.

History of the Case Quadtrac

Development of the Quadtrac began in the late 1980s, with the first prototype based on a 300 horsepower Case IH 9150 revealed in 1992.

In 1996 the Quadtrac went into production, with the tractor based on a 360 horsepower 9370 Case IH and it made its European debut in February 1997.

In 1998, the 360 horesepower Quadtrac was joined by a 400 horsepower model, with the machines recently gaining 9370 and 9380 model designations, the company says

At the turn of the millennium, the the range was replaced with an all-new 375-440 horsepower STX line which had a new cab and styling.

Quadtracs have also been used to twice break the world 24-hour ploughing record, with the most recently attempt taking place in 2005, according to the manufacturer.

A STX500 and Gregoire Besson 20-furrow reversible ploughing covered 320.5ha or 792ac in just one day.

Today, the Quadtrac range offers five models from 525-692hp while the tractor still retains unique design features such as the manufacturers triple mid-roller design for full load bearing along the track. 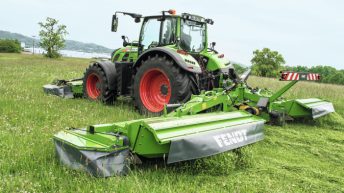 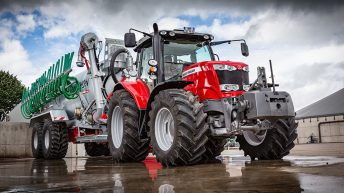 ‘CAP reform should encourage farmers to invest in digital technology’