China is encouraging its consumers to eat less beef

Following a review of its dietary guidelines, the Chinese government is now encouraging its consumers to eat less meat.

Under the new guidelines, China is recommending an upper limit on meat (beef, pork and poultry) consumption of 75g per day and it has reduced the lower daily value from 50g to 40g,

In total, the review has found that Chinese people should limit their consumption to 200g per day.

Earlier this year, Rabobank said that China’s beef demand is to grow by 2.2m tonnes by 2025.

Rabobank says that driven by the weak domestic production, but with strong demand, the beef sector will likely become the first agricultural sector where China has high integration with the rest of the world.

Figures from AHDB showed that the volume of beef and veal imported by China during the first three months of the year exploded.

During the first quarter of 2016, Chinese importers sourced 140,000t of beef, which is double the volume imported during the corresponding period in 2015.

This continues the trend which was seen during the first two months of the year, when Chinese beef imports stood at 95,000t, up 100% on the same time in 2015.

The majority of beef imported by China comes from the Southern Hemisphere, the AHDB reports, as these nations account for 90% of all Chinese beef imports.

Brazil is currently the largest supplier of beef to China, following a resurgence in export volumes after the BSE ban was lifted last August.

This latest news that the Chinese government is recommending its consumers to limit their meat intake comes as Ireland awaits to be granted full access to the Chinese market for beef imports.

The Chinese market opened to Ireland last February and was welcomed by many industry commentators.

The Department of Agriculture has said it is working closely with Chinese authorities to finalise the remaining technical steps to allow the trade to commence.

Earlier this year the now former Minister for Agriculture, Simon Coveney, said that China represents a ‘vast opportunity‘ because of its huge population and highlighted what has happened with pork and dairy products over the past five years.

The volume and value of beef exports to China will be determined this year by when we get into the market, he said.

Coveney also said that it could be the first or second quarter of the year before Irish beef is granted full access to China. 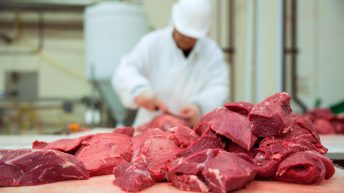 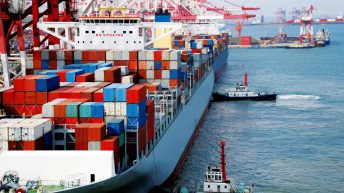 Chinese beef imports ‘explode’ in the first three months of 2016