A Co. Armagh vintage club has been lauded for running activities throughout 2018 to raise funds for a great cause.

Earlier this month Bessbrook District Vintage Tractor Club presented the Southern Area Hospice with a cheque of £4,794.35 – the total proceeds it raised for the charity over the course of 2018.

This money was raised through the club’s annual tractor runs and threshing day in Bessbrook.

A spokesperson for the hospice expressed gratitude for the much-needed funds, saying:

The group are a great bunch of men who meet once a month through their common shared interest in vintage tractors – and raise money for our local hospice in the process.

“The hospice wishes to thank the club for their continued support,” the spokesperson added.

The club held a vintage and family fun day back in September, which incorporated a variety of activities including: threshing; a hunting dog demo; a tractor race; an auction featuring a signed Ireland rugby jersey and ball; a horse shoeing demo; face painting; and bread making.

Bessbrook had tractor runs in both July and May, raising £400 and £600 respectively for the hospice. A tractor run was also held back in January. 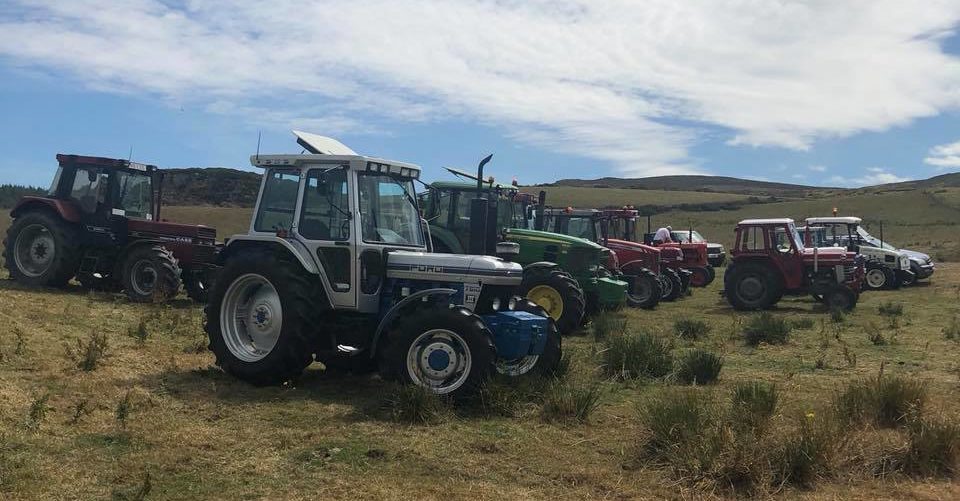 For those interested in keeping up-to-date with the vintage club, the group has a Facebook page which can be viewed here.