The extension to Article 50, which was decided upon by the EU last night, has been welcomed by the Country Land and Business Association (CLA), which said that the delay offers “breathing space to unite around the best away forward”.

Tim Breitmeyer, the association’s president, said that the new October deadline would avoid an “abrupt” no-deal Brexit, and the ensuing consequences for farming and the rural economy.

He added that the “ultimate goal” now should be to establish a post-Brexit relationship with the EU that allows continued trade with the block after the UK withdraws.

While not welcomed by all, this extension of the Brexit process to October 31 will avoid an abrupt ‘no-deal’ and its negative consequences for farming and the rural economy. In a political debate which has become more and more heated and polarised, this provides some welcome breathing space to unite around the best way forward.

“While the continued uncertainty is unsettling, this should be balanced against having enough time to nurture a post-Brexit relationship with the EU which delivers as free and as frictionless trade as possible. This has to be the ultimate goal,” said Breitmeyer.

He also called for the extra time to be used efficiently, and that a change in attitude was necessary in both the UK and the EU if there was going to be a withdrawal deal.

Concluding, he said: “The extra time needs to be used wisely. We need a more consensual approach to negotiations in both Westminster and Brussels than has been the case to date, so a deal can be collectively delivered which meets the needs of farming and the wider economy.

At a European Summit last night, Wednesday, April 12, ‘EU27’ (member states not including the UK) decided that Theresa May should be granted an extension until October 31, after a meeting with the prime minister.

However, that extension is open to review in June; if a withdrawal deal is passed before that point, the UK may be given the option of leaving on June 30 – the date the prime minister had asked for and favoured. 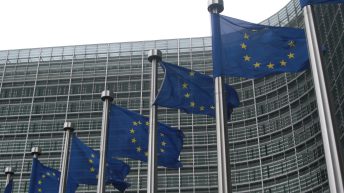