Co-ops: ‘Up to 14-day delay in UK trade anticipated’ unless EU and UK engage further 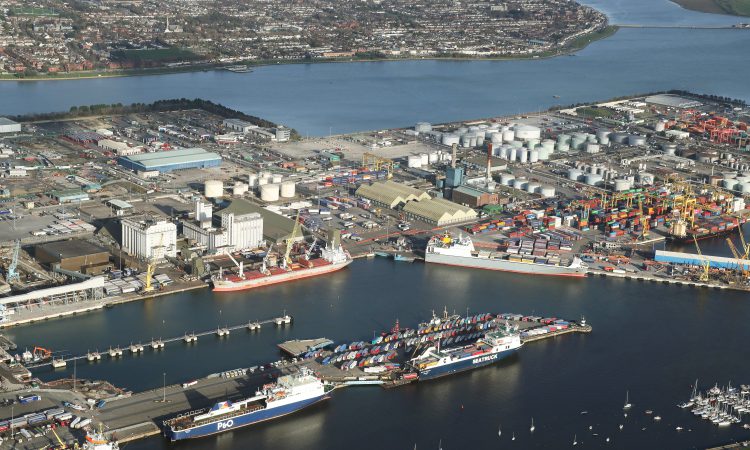 Co-ops have called for the EU to simplify and streamline trade with the UK – and for mixed milk origin produce to have EU Origin status and access to EU supports and trade agreements.

Should further engagement between the EU and UK not happen, co-ops have voiced fears of “up to a 14-day delay to get consignments moving come April” – which will lead to a “substantial” 8% extra associated cost for dairy.

Irish Cooperative Organisation Society (ICOS) board director Alo Duffy, who is also chair of the Brexit Task Force of the European farmer and co-op organisation, COPA-COGECA, today addressed a meeting with the European Commission.

At the meeting today (Friday, February 19), Duffy stressed the necessity for the EU Commission to step up engagement with the UK on safety and sanitary controls and certification in agri-food trade, and also highlighted the cost for dairy operators of the new systems which will take effect from April onwards.

While acknowledging the commission’s work in agreeing a deal with the UK in late December, Duffy described new arrangements on safety and sanitary controls and certification as “unambitious and damaging”.

While noting that “this was largely the result of UK red lines on regulatory cooperation within the negotiations”, he said: “The outcome is just as damaging for EU businesses, as it is for the UK.”

‘Yet to experience full extent’

“We are yet to experience the full extent of these measures of course from within the EU – rather they will take effect for exports to the UK from April and July,” Duffy warned.

“And despite the preparations which have been undertaken by European co-operatives and EU member states, we know that from April there will be a significant disruption.”

The ICOS director warned that the chief concern is around export health certification and pre-notification requirements.

Describing the process as “still very unclear”, he flagged concern over whether the infrastructure will be able to cope – “to the extent that we are anticipating up to a 14-day delay to get consignments moving come April, when the controls come into place”.

It also brings a substantial additional associated cost – around 8% or €200/t in the dairy sector.

“The EU must seek to engage with the UK, to maximise any and all flexibilities and opportunities that are possible to simplify and streamline procedures for pre-notification and export certification,” the co-ops representative added.

“Additionally, it is also necessary that further clarity is provided in the short term on the exact processes for certification and assurances provided, that the necessary infrastructure and personnel will be able to cope with the volumes.”

Commenting on Northern Ireland, Duffy said a lot has been achieved in developing a new positioning of Northern Ireland within the EU single market and applying the EU’s customs code.

“It is now necessary that wider EU policy recognises this unique position. Since January products produced on an all-Ireland basis are largely excluded from EU free trade agreements with third countries and from EU market support schemes, due to their inclusion of Northern Irish inputs and components.

All-Ireland production is now excluded from these vital tools of EU added value, making them highly exposed and at a disadvantage to other EU operators, undermining the value of this production.

“This is to the detriment of farmers and rural communities in both jurisdictions on the island of Ireland, whose economies are based on the cross-border trade within the agri-food sector.

“Given the unique positioning of Northern Ireland, we are calling on the commission to recognise these products as having EU Origin status and thereby to regain their access to these essential tools and routes to market.”