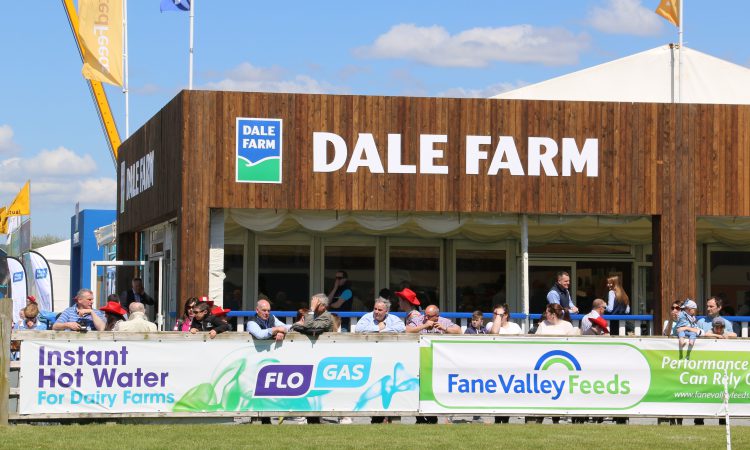 Dale Farm suppliers have hit out at the dairy processor after it posted on social media offering “meat-free Monday inspiration”. It highlights a new debate surrounding the marketing of dairy products.

The firm, which is supplied by around 1,300 farmers across Northern Ireland, posted a recipe for stuffed aubergine topped with Spelga yoghurt along with the caption on Instagram on Monday (March 1).

One Co. Antrim farmer, who did not wish to be named, told AgriLand that he was “disappointed” to see the co-op publicly promoting meat-free initiatives. 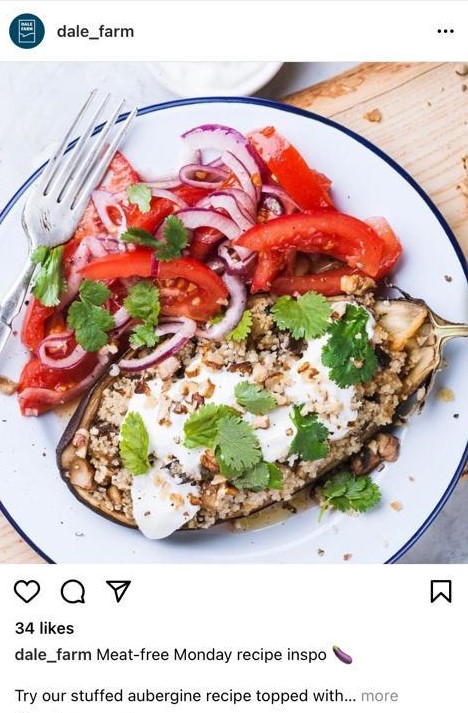 The post was also tagged “MeatFreeMonday”, “MondayMotivation”, “HealthyEating”, and “NIfarmers”.

The Ulster Farmers’ Union (UFU) confirmed it had also received several calls about the post and added that it had been in touch with Dale Farm regarding the post.

“They have said the content ‘slipped through the net’ and it was totally unacceptable. Dale Farm has apologised to our membership and has assured us it will not happen again,” the UFU spokesperson said.

Ironically, Dale Farm runs its own dairy-bred beef scheme in collaboration with ABP.

The ‘Horizon Dairy Beef Partnership’ was hailed as the first scheme of its kind in Northern Ireland when it launched a year ago and aimed to provide a market for selectively-bred Aberdeen Angus, dairy-origin calves.

However, while the post has angered some farmers, it’s not the first time a dairy firm has capitalised on modern eating fads.

Rob Hutchinson, operations director for Muller Milk and Ingredients, mentioned the development during a panel discussion hosted as part of Dairy-Tech.

Should the range go well, Hutchinson suggested it could eventually make its way to the UK as well.

During the session, a representative of industry rival Arla said his firm had also set out on a strategy to capitalise on the ‘flexitarian’ eating trend, seeking to use high mark-up branding to add value to dairy commodities.

A spokesperson for Dale Farm said: “Dale Farm seeks to inspire consumers on how to use our dairy products in a variety of recipes for different times of day.

“We recognise the term ‘Meat-free Monday’ in a social media post may have been perceived by some as unsupportive of meat.

This was of course never the intention, rather it was an unintentional oversight within our social media planning process.

“As a cooperative, feedback from Dale Farm farmer members is always welcomed, listened to and taken on board. The post was removed quickly for this reason.”