Darragh Mullin - the European product marketing manager at New Holland - gave an overview of where technology in agricultural machinery is headed into the future at last week's (Thursday, December 5) Irish Tillage and Land Use Society (ITLUS) winter conference.

He asked the audience to "consider the fact that the tractor is pulling an implement and you want to communicate to the implement in terms of variable-rate management". He said: "You also want to see how much fuel it's consuming; what's it doing in the field."

He then went on to outline some of the technology coming down the tracks at CNH (Case New Holland). He described the tractor as a communication hub and how digitilisation is allowing the farm, field and fleet to be connected.

"It [the tractor] is a communication hub for your farm business. The display on New Holland's new modems can be viewed remotely from anywhere in the world."

While yields and fuel consumption can be monitored, a very interesting part of the digital revolution is the ability of the software to talk to each other and determine variable rates for example. 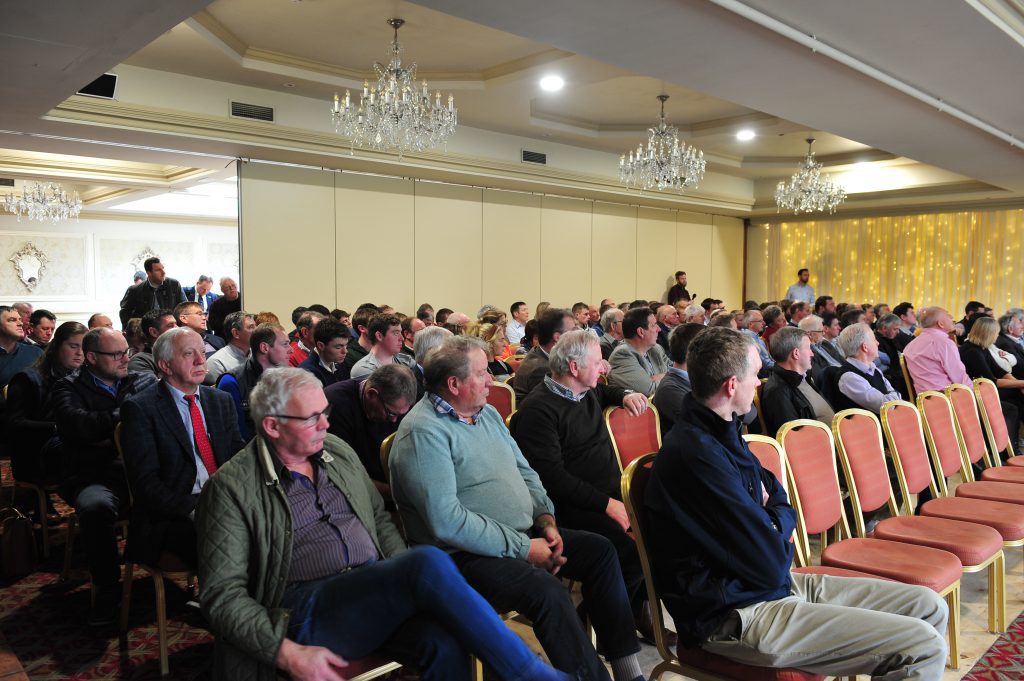 A section of the crowd at the ITLUS winter conference on Thursday, December 5. Image source: Roger Jones[/caption]

Sensors can detect soil compaction and decide on the depth to till to or how much nitrogen (N) needs to be applied. Farmers can make decisions based on the data that's collected.

A data connection agreement between major manufacturers will also ensure that mixed-fleet operators will not have to worry about different portals in the future, Darragh explained.

He also added that farmers can now download apps to adjust the tractor to their farming businesses. The next farmer using that tractor may choose to change or delete those apps - for their own situation or at different times of the year.

Digitalisation is also leading to a massive increase in data availability. Sensors and cameras produce enormous amounts of data.

Operators can "synchronise" service intervals and use algorithms to pre-empt problems.

On combines, New Holland's IntelliSense system can monitor grain quality every 20 seconds on the elevator, according to Darragh.

The main thing about this is it makes an average operator reasonably good, but it makes a good driver excellent and consistent.

Darragh added that this technology ensures machines are running at their "optimum".

Darragh was clearly excited by the advent of autonomous vehicles.

He described a scenario whereby a chaser bin travels over and back to the combine - with no driver.

"When autonomy does come it will improve the productivity of the machine," Darragh added.

He noted that New Holland's T8 Series tractors are already autonomy-ready - for when legislation facilitates this. New Holland apparently has two autonomous tractors working in vineyards in California.