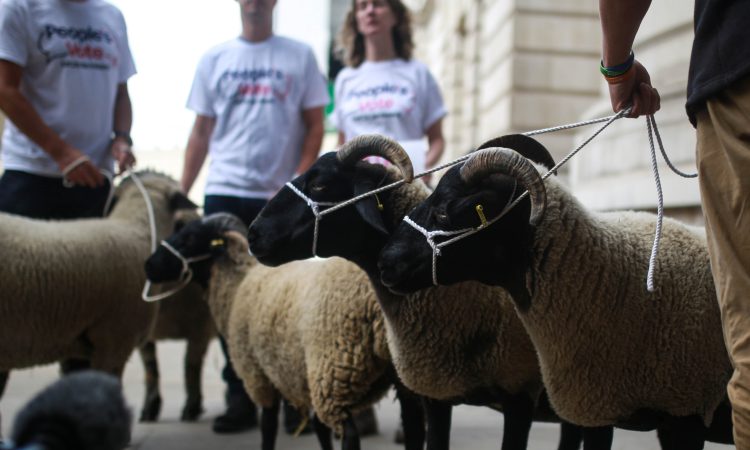 Image source: Our Future, Our Choice

Defra has hit back at “inaccurate” prophecies of post-Brexit doom for the UK’s agri-food sector made in a report published today by the People’s Vote.

The new lobby group, Farmers for a People’s Vote, which is campaigning against a No-deal Brexit, claimed 50% of farms and farm businesses could go bankrupt should the UK leave the EU without a deal.

In an attention-grabbing stunt, the group herded a small flock of sheep past Government buildings this morning.

However, a Defra spokesman rubbished the paper, saying the figures cited in it were “not recognised” by the department and declaring it to be “entirely speculative”.

A spokesman for Defra said: “The report speculates on the potential impact that could follow if the Government was to stop direct payments in the case of a no-deal.

“Not only does the Government not recognise any of the figures included within this report – which is entirely speculative – but we have also been very clear that once we leave the EU on October 31, the cash total for farm support will be protected until 2022. This will remain the case even if we leave without a deal.

In the unlikely instance it is needed, we have also been clear we will not hesitate to intervene to provide direct support for some sectors.

“As the Prime Minister has said, leaving the EU provides a historic opportunity to shape new domestic policies that work for our farmers across the UK, and we will make sure that farmers get a better deal.

“The Government is boosting its preparations for a no-deal Brexit to ensure there is as little disruption as possible to our national life and has contingency plans in place to minimise any disruption to farmers.

“We have been very clear. Once we leave the EU on October 31, we will replace the Common Agricultural Policy with a fairer system of farm support. Our new trade deals must work for UK farmers, businesses and consumers.

“As we have said before, the cash total for farm support will be protected until 2022, even in the event of a no-deal Brexit. We will also intervene to provide direct support to boost some sectors in the unlikely event this is required.”

AgriLand contacted Farmers for a People’s Vote for comment. However, at the time of publication, no response had been received. 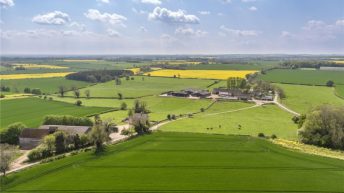