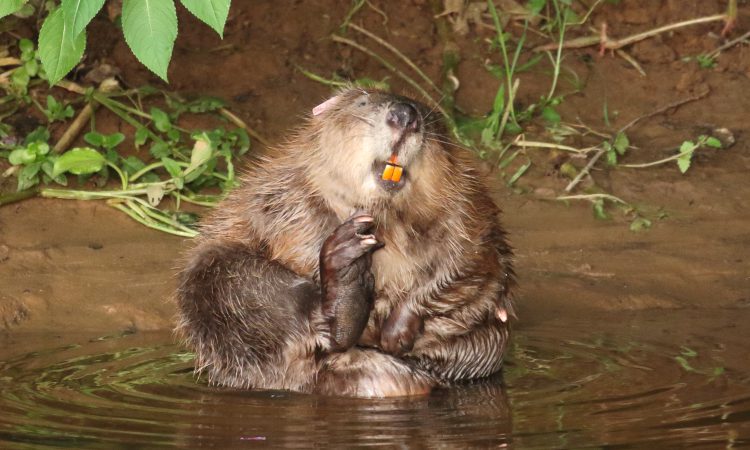 Defra plans to draw up a national plan on the management of beavers in the wild and national approach for any further releases later this year.

It follows a five-year beaver reintroduction trial on the River Otter in Devon, a project today (Thursday, August 6) hailed by the government as a success.

First licensed for release into the River Otter by the Devon Wildlife Trust in 2015, two family groups of beavers have now successfully bred and dispersed throughout the catchment with up to 15 territories and 28 dams.

Beavers were once native to Britain but were hunted to extinction around 400 years ago.

The five-year trial showed beaver dams can help store water. For example, at the Clyst William Cross County Wildlife Site there is now 6,880m² of standing surface water on the floodplain compared with 1,400m² before the beavers were introduced.

Jarvis said: “Now we know that beavers will be remaining in the River Otter, it is vital a long-term management plan for naturalised beaver populations is agreed, with adequate funding, that offers support to those local farmers and rural communities affected.

Beavers can have a significant local impact on the countryside and farming; from creating dams that can undermine riverbanks to impeding farmland drainage with waterlogged fields becoming unsuitable for grazing or cropping; all lead to serious implications on our ability to produce food.

“The NFU will engage with the government on the public consultation later this year ahead of any widespread beaver re-introduction in England and for this specific project, we must see a well thought through ‘exit strategy’ if any major issues occur.”

They will now be allowed to remain there permanently and continue to expand their range naturally, finding new areas to settle as they need.

On a visit to the project, Environment Minister, Rebecca Pow said: “Thanks to the hard work of the Devon Wildlife Trust and their partners, the River Otter beavers reintroduction trial has proven highly successful – improving biodiversity and water quality, mitigating flooding and making the local landscape more resilient to climate change.

“We are firmly committed to providing opportunities to reintroduce formerly native species, such as beavers, where the benefits for the environment, people and the economy are clear.

But we also understand that there are implications for landowners, and take care to ensure that all potential impacts are carefully considered, and today we can confirm a new government consultation on our national approach and management will open later this year.

The government will consult on a strategy for the management of beavers in the wild and the national approach for any further releases later this year.

In light of this, Natural England will not be licensing any further releases in the wild until after the formal consultation has completed and consideration given to the responses.

Natural England will be engaging with key stakeholders regarding the management of beaver over the coming months to inform this approach.

Natural England chairman Tony Juniper said: “The River Otter trail has been a brilliant success, thanks to the professionalism and dedication of the team at Devon Wildlife Trust and Natural England scientists who have worked with them.

“This work, carried out under a licence issued by Natural England, has confirmed the positive transformations that these animals can create, including the benefits they provide for many other species, such as fish, improving water quality and smoothing flood peaks.

Reintroductions of iconic species like the beaver will be an important part of the Nature Recovery Network. We now look forward to working towards the next stages of management of beaver more widely across England.

Peter Burgess, director of conservation at Devon Wildlife Trust, said: “This is the most ground-breaking government decision for England’s wildlife for a generation.

“Beavers are nature’s engineers and have the unrivalled ability to breathe new life into our rivers. Their benefits will be felt throughout our countryside, by wildlife and people.”