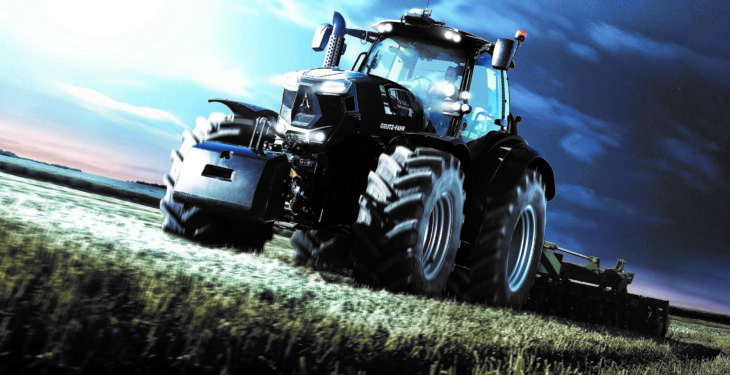 Since 2015, black-liveried ‘special-edition’ Warrior models have been part of Deutz-Fahr’s tractor line-up.

According to Deutz-Fahr, the special black paintwork, the ‘Warrior’ lettering and the stainless steel exhaust pipe cover give the tractors a “unique, powerful appearance”.

The Warrior models get some extras, including a new, fourth-generation LED lighting package, an ‘Evolution Active’ comfort seat and automatic air conditioning.

The 7250 TTV Warrior comes with an additional double-glazed lower rear window and an illuminated, external control panel on the rear wing. The Warrior package is also available in Deutz-Fahr’s usual green livery.

Earlier this year, after three years of planning and construction, Deutz-Fahr opened its new tractor factory – the so-called ‘Deutz-Fahr Land’. It is now producing tractors from 130hp upwards.

Deutz-Fahr Land, in Lauingen, Germany, is the site in which 6 Series, 7 Series and 9 Series tractors are manufactured – for sale around the world.

A new tractor leaves the line every 12 minutes. It takes about 16 hours in total for each individual tractor to be pieced together. The assembly line stretches to a length of 0.7km.

Together with a new customer centre – called ‘Deutz-Fahr Arena’ – the overall cost of €90 million is the single largest individual investment in the company’s history. 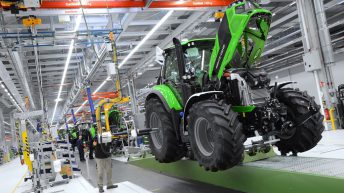 Pics: A new Deutz-Fahr tractor off the line every 12 minutes