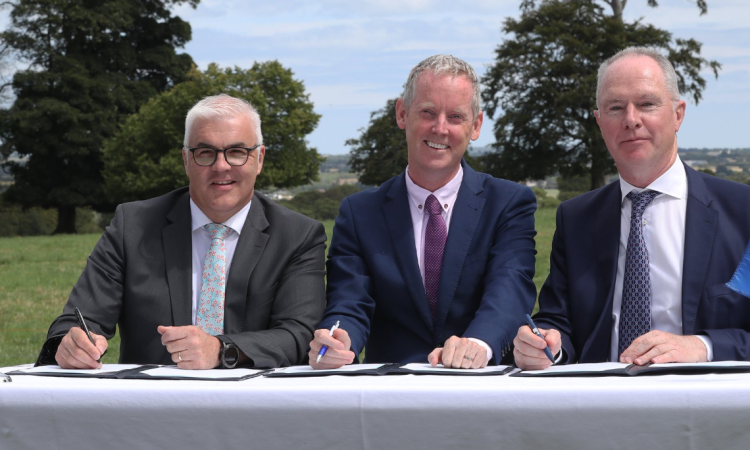 This major refinancing deal is made possible by a pioneering investment of €40 million from the European Investment Bank (EIB).

The EIB support has been combined with commitments from Devenish’s new commercial finance partners, Ulster Bank and Danske Bank.

The investment is the largest ever support for agri-business in Ireland by the EIB.

It is also the first financial support for the agri-business sector in the country under the Investment Plan for Europe, in which the European Commission and EIB are strategic partners.

The EIB loan will enable Devenish to develop a purpose-built global innovation centre in Co. Meath, Ireland, from where it will develop and showcase its ‘One Health – from Soil to Society’ research, development and innovation programme.

It also seeks to add over 100 new jobs to its current 450-strong international employee base. The dual support from Ulster Bank and Danske Bank will fuel this growth, according to the firm.

European Commissioner for Agriculture Phil Hogan added: “The Irish agri-business sector contributes enormously to the Irish economy and particularly to the rural economy.

“There are huge opportunities for companies like Devenish who have a vision for the future, but they are operating in a highly competitive environment, where investment, particularly in research and innovation, is essential to maintain a competitive edge.

“Today’s announcement by the EIB under the Investment Plan for Europe is very welcome, coming at a time of some uncertainty for the Irish agri-business sector.

It is a strong statement of confidence in the resilience of the sector and its capacity to grow and reach its full potential.

“The EIB’s investment is an obvious statement of confidence in Devenish’s ambition, but it is also a very tangible vote of confidence in Irish agri-business and its potential to benefit from new and emerging global opportunities, particularly given the important emphasis that Devenish places on sustainability.”

Also commenting, Richard Kennedy, group chief executive officer of Devenish, said: “This major financial boost marks a most significant milestone for Devenish as we seek to realise our vision of becoming the world’s leading provider of integrated animal, human and environmental health solutions.

“This funding will be invested in the business to build and grow our research and development and manufacturing capabilities as well as facilitate our mergers and acquisitions activity.”

Andrew McDowell, vice-president of the European Investment Bank, added: “Agri-business around the world faces increasing competitiveness as well as economic and political pressures.

“This is a landmark deal for the EIB in Ireland and in the agri-business sector.

The EIB loan will strengthen innovation activities in centres of excellence across the company and enable Devenish to thrive across the world, from its base in Europe.

“Development of new animal nutrition products and research into improving soil health, animal health, human health and environmental sustainability are crucial components for the success of agriculture and food production across the world.

“This new loan demonstrates how the EIB is working directly with businesses here in Ireland and supporting transformational agri-business innovation under the Investment Plan for Europe,” said McDowell.