Donegal farmer ‘shaken’ after tractor gets caught up in bridge collapse 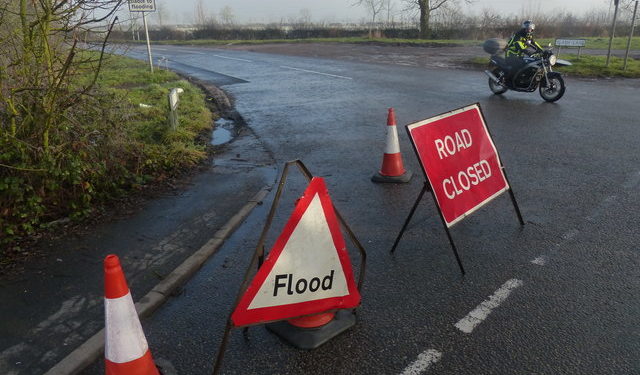 Farmer Seamus McColgan from Iskaheen, Muff, Co. Donegal, is said to be “quite shaken” after the tractor he was driving got caught up in a bridge collapse on the road from Muff to Iskaheen, during Tuesday night’s catastrophic flooding.

He was said to be in the process of getting his tractor out this morning, Thursday, August 24.

The bridge was one of a number affected as the region was ravaged by extreme weather. A number of roads were also washed away.

BBC Radio Foyle’s Facebook page put up a photo of the incident, which can be seen below.

Meanwhile, Moy Park has issued a statement confirming that two of its farming partners in Co. Tyrone have experienced livestock loss and damage to their farm buildings as a result of the heavy floodwaters in the north-west.

As per our operating procedures, the appropriate agencies were informed. We are working closely with the farmers and the relevant bodies to help get these family-run businesses fully operational again.

Ivor Clements of Plumbridge Livestock Mart, Co. Tyrone, said the mart was very badly damaged by the deluge. “We had a sale on Tuesday night, and after it, when all the livestock was gone, the floods hit at about 10:00pm.

“The roof was taken off, walls pushed down and electrical equipment was badly damaged. There was a major landslide upriver, and all the muck and trees came into the mart,” he said.

“We had a major clean-up yesterday, with staff and neighbours helping out, and we were back in business this morning, with a smaller than normal sale.

“Numerous farmers in the area have been affected. One farmer lost 70 to 80 sheep in one field. A lot of livestock was lost,” Clements said.

The Department of Social Protection has issued a statement to say that it is working to provide immediate financial supports to families and individuals affected by the severe weather in Donegal. 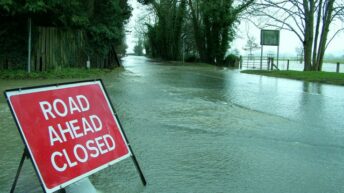