DUI…in a Deere: US thieves arrested for drunken Gator joyride 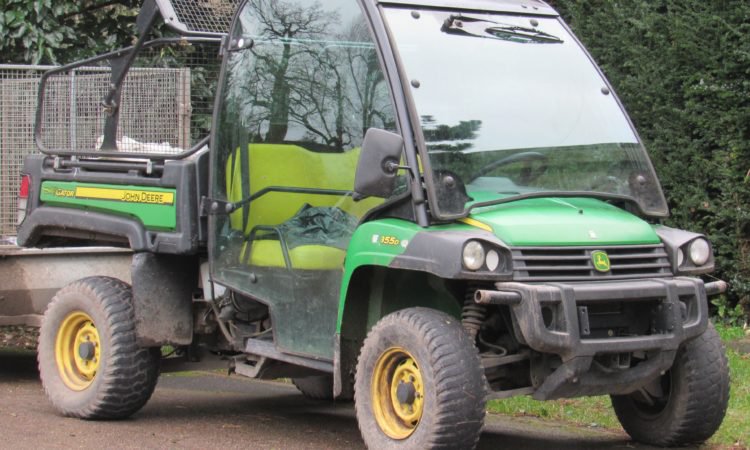 Three men were arrested on the campus of a US state university for the theft of a John Deere vehicle in a drunken joyride, according to local outlets.

The men stole the vehicle, a Gator XUV utility vehicle which is valued at $10,818, from the football locker room of Louisiana State University (LSU) last weekend, according to the campus police.

Local media outlet The Advocate reports that security footage showed the three men taking the vehicle from the locker room and driving it down North Stadium Drive to the Huey P. Long Fieldhouse at 2:36am on Sunday night last (February 24).

10 minutes later, police saw the men in the vehicle, at which point two attempted to flee unsuccessfully. The three men apparently refused to say where they’d got the utility vehicle – in spite of LSU markings on the machine.

All three were charged with theft of a motor vehicle with the driver also charged with driving while intoxicated following a test showing a 0.162% blood alcohol level, according to The Advocate.

By comparison, a blood-alcohol concentration of 0.08% is seen as evidence of drink-driving in the state of Louisiana.

It was not established as to whether the men arrested – all aged between 21 and 22 years-of-age – are students at the university in question.