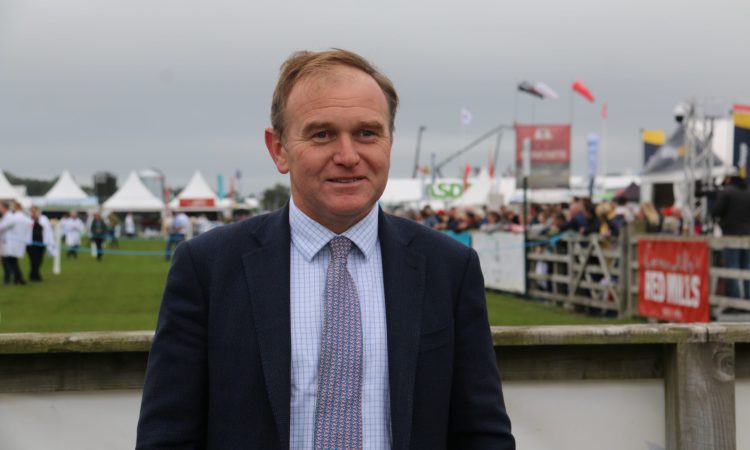 Department for Environment, Food and Rural Affairs (Defra) Secretary George Eustice has ruled out any prospect of the government nationalising the UK’s carbon dioxide (CO2) production.

The government was forced to intervene after agri-food plants warned of an impending crisis as shortages in the supply chain left factories operating below capacity in an attempt to ration supplies.

Carbon dioxide is used in the production of fizzy drinks and food packaging, but importantly, it is also used to stun pigs and poultry prior to slaughter.

What caused the shortage?

In the UK, carbon dioxide is produced by fertiliser manufacturers as a byproduct. However, fertiliser production became unviable after gas prices surged.

It came almost a week after one of the world’s largest producers of fertilisers, CF Industries Holdings, Inc., announced it would halt operations at its UK facilities.

The move by CF Industries caused a 60% reduction in the UK’s food-grade carbon dioxide supply and led to a shortage of carbon dioxide.

As part of the deal, the UK government will reportedly cover three weeks of operating expenses for the plants.

Responding to a question from Agriland, who was visiting the Balmoral Show, Defra Secretary George Eustice said: “There’s always been this challenge – we had a similar challenge in 2018.

Because carbon dioxide manufacture needs huge amounts of capital investment in large chemical factories, it has always been the case that it’s a process which is going to be in the hands of a handful of producers, rather than hundreds, or even thousands, of different providers and that obviously causes challenges.

“What we have seen in this crisis is two plants – one in Norway, one here – close for essential maintenance and repairs. And then when the other two plants closed because frankly, it was no longer viable to produce fertilisers, that’s what precipitated quite an urgent need for us to take so we have taken some action to buy time.

We are clear that we are buying the industry time, not buying them cheap carbon dioxide.

“What will need to happen over the next three weeks is those various businesses in the supply chain and distributors are going to have to renegotiate contracts and there will be a sharp increase probably in the cost of carbon dioxide to ensure its manufacture continues to be viable given those gas prices.

“Longer-term there’s a bigger challenge. As we strive towards reducing our carbon emissions, the most important way we can do that is reducing our reliance on mineral fertilisers and trying to encourage organic fertilisers and I know that DAERA [Department of Agriculture, Environment and Rural Affairs] and Edwin Poots and keen to do more in that space.”

Going forward, Eustice said the government would have to “identify ways” to ensure the country has the carbon dioxide supply it needs.

He added that “ensuring diversity of supply” was the way to avoid a repeat of the situation, “so that no one producer can hold anyone to ransom”.

However, he also clearly ruled out any potential nationalisation of carbon dioxide production.

“We are very clear that this is no nationalisation,” he said. “The government has no intention of wanting to get into the business of manufacturing carbon dioxide.

But had we not acted, we would have had a very real crisis with no carbon dioxide as early as next week, and that would have halted poultry and pig production in particular and caused problems in many other parts of the supply chain.

“We’ve got a lot of turbulence in the supply chain anyway due to international problems on logistics, and labour shortages right across the world, and we didn’t want to add to that.

“We have intervened to buy time but we are going to need to see a market adjustment.”