New herd names come to the fore at Balmoral Show 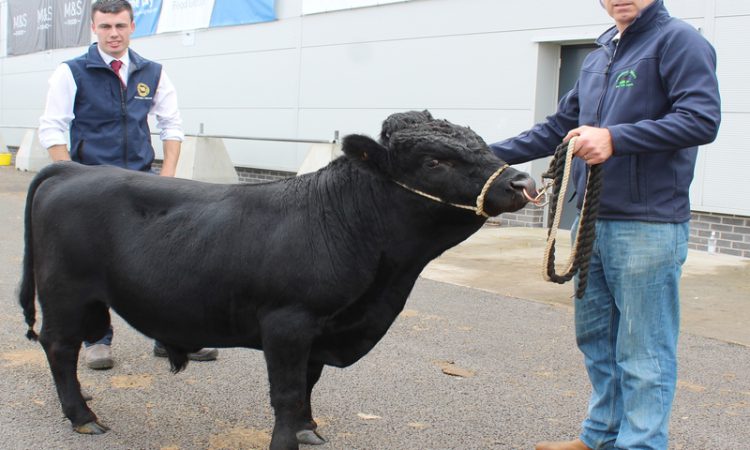 The Beef and Dairy Championships, held at this year’s Balmoral Show, saw a number of new herd names and faces coming to the fore.

Dexter beef is a fast growing delicacy in restaurants throughout the UK with Irish breeders to the fore in supplying the meat.

While the cattle may be small in stature, they pack a real punch when it comes to securing a premium price in the market.

Pat McAreavey farms on the outskirts of Upper Ballinderry in Co. Antrim. He has 11 fully registered cows in his fast growing herd.

Last Friday (September 24) at Balmoral saw him pick up the Dexter breed championship.

“I farm on a part-time basis,” he told Agriland.

“My wife decided to buy me two breeding females; we ended up buying four.

Dexter cattle are very easy to work with. Because of their size, they can be kept out at grass for most of the year. They also convert grazed grass into beef very efficiently.”

The average carcass weight of a Dexter is in the region of 170kg – that’s roughly half the size of what a more traditional beef-bred animal would kill-out at.

Linden Foods is currently running a registered Dexter beef scheme with the meat made available through M&S stores throughout the UK.

Farmers supplying the scheme receive £4.85 (€5.60) per kg on a deadweight basis. This represents a premium of almost £1 (€1.15) per kg relative to the price on offer for commercial cattle.

Meanwhile in the dairy rings, a new name was coming to the fore: Annaghmore Holsteins.

Established only four years ago by father and son team, Clive and Joel Richardson, the Co. Armagh herd has been catching the eye of dairy enthusiasts throughout Ireland and the UK.

She is home bred, calved down easily for the first time and, in our opinion, can look forward to a tremendous breeding future.”

Annaghmore Holsteins is an excellent example of what can be achieved by combining an investment in the right bloodlines with the implementation of the highest possible management standards.

The excellent prices also paid recently for Annaghmore breeding females, reflect the strong demand that is now out there for the elite genetics that is at the very heart of an ongoing herd development programme.

“The herd comprises a total of 85 cows, with 68 currently in milk. There are two robots on the farm, which will allow us the scope to build up numbers during the period ahead,” Ebron continued.

Significantly, the herd is backing up its unique pedigree status with a tremendous ability to put large volumes of high quality milk in the bulk tank. The cows’ current rolling average is sitting at 10,867L at 4.23% butterfat and 3.48% protein.