Farmer suffers serious injuries after falling into a quarry 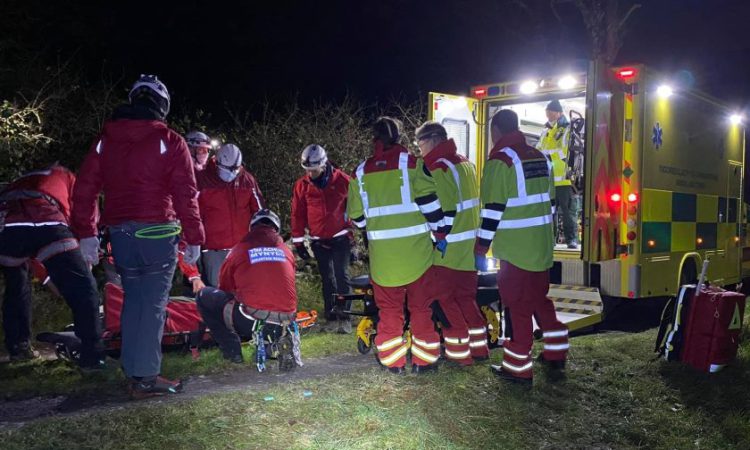 A farmer is in a “serious but stable” condition after falling 40m into a quarry while tending to his livestock.

The farmer who is from Gwynedd in Wales was unable to move after the fall according to the Aberglaslyn Mountain Rescue Team.

After failing to return home on the evening of Friday, November 13, his family and friends organised a search party and raised the alarm once he was located.

A statement by the rescue team said:

Once on scene a doctor was quickly lowered to assess and treat the casualty, who was found to be in a serious but stable condition with multiple injuries to his head and legs.

“Using a rope rescue system, the casualty was placed into a stretcher by rescuers and raised from the quarry floor, prior to being carried through fields to an awaiting ambulance.

“The casualty was then conveyed to Ysbyty Gwynedd and onwards to the Major Trauma Centre at Stoke Hospital.”

Appeal for information on stolen tractor

An appeal for information has been made by the Police Service of Northern Ireland (PSNI) following the theft of a tractor from a yard in Co. Tyrone earlier this month.

According to PSNI officers based in Co. Tyrone, the machine was taken early on Monday morning (November 2).

Taking to social media this week, local officers said: “On Monday, November 2, at around 5:00am a tractor was stolen from the area of Bovean Road, Dungannon.

It was essential in the day-to-day running of a local farm. The tractor is a blue Ford and has a red bale spike that was attached to the vehicle at the time of the theft.

“If anyone has seen suspicious vehicles travelling together in this area at around 5:00am, or has any other information regarding this theft, please contact police and quote crime reference 236 of 02/11/2020,” the PSNI statement concluded. 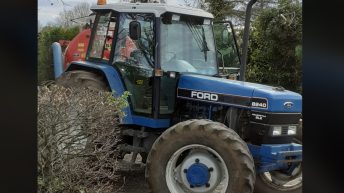 Appeal for info made following theft of Ford tractor