Farmer who took on ‘hunt saboteurs’ acquitted in court 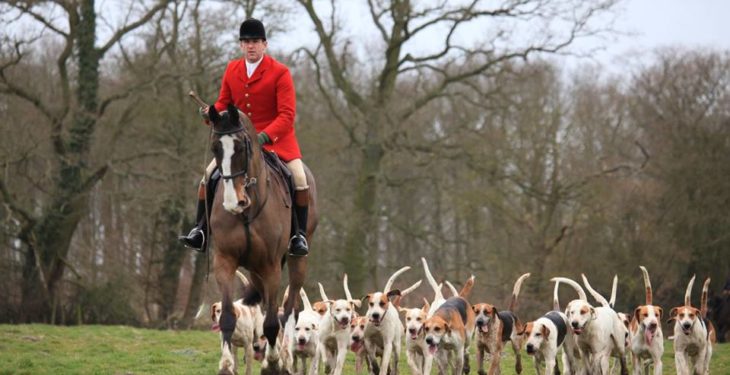 A Newtownards farmer, accused of “wildly attacking” a group of fox hunting protestors on his land, has been acquitted of charges of assault and theft.

At Newtownards Magistrates’ Court on Tuesday (October 3), 52-year-old David Magill – of Ballyblack Road, Newtownards, Co. Down – contested a case in which he was accused of unlawfully assaulting Noreen Quinn, and stealing her £600 (€672) iPhone on November 19, 2016.

An application from the Public Prosecution Service to have prosecution witnesses give evidence behind screens failed.

A bad character application against the alleged injured party from the defence at the start of the contest also failed.

District judge Des Perry said he had “a firm view of the characters of both sides”, adding hunt protestors “largely ignore the rights of others in terms of their property and pursuits”.

Before cross-examination both Judge Perry and the defence lawyer showed uncertainty as to whether fox hunting in Northern Ireland was illegal, prosecution witnesses and the defendant had to confirm to them that it was still legal.

Noreen Quinn, member of the Facebook group ‘Hunt Saboteurs NI’, told the court she was in Loughries – in a group of five people – to monitor a hunt.

She said they were in a field around 12:30pm in the afternoon, at its perimeter beside a lane, when a large man on a quad bike drove aggressively at them – missing another female “by inches“.

The court was told Magill jumped off the quad, armed himself with a plastic pipe and swung it at the group. When Magill observed Quinn filming him, he allegedly struck her around the upper body around six times.

Quinn told the court she fell to the ground and Magill grabbed her “by the scruff” and took her mobile before returning to the quad. She added that she then had to “jump out of the way” of the quad and said she later found her phone lying in the road. She told the court she received grazes on the upper arm and “a fat lip”.

Judge Perry asked her if she and the rest of her group were wearing scarves on their faces. Ms Quinn replied “they may have been,” and stated they were all wearing “outdoor clothes.”

She also told the court that she suffers from asthma. The judge asked if the rest of the group also had asthma. “You’ll have to ask them,” she replied.

Judge Perry asked her: “Do you see your role as a monitor, and not a saboteur?”

She replied: “We are trying to bring about awareness of hunts.”

The counsel for the defence put it to Quinn that someone from her group threw something at Magill, hitting him on his helmet, as he approached them in the field.

The lawyer put it further to them that the group’s activities made sheep flee from them field, and two animals ended up in a bog.

Judge Perry then put it to her: “You were there without permission.”

“Yes,” she replied. “But I am a peaceful person, and I would never do anything non-peaceful.”

After three prosecution witnesses were interviewed, Magill, the only defence witness, told the court on the day in question he had given permission for a hunt to pass through a part of his 70ac property.

He said he had confronted a group at the front of his property. Over an hour later, he received a call from his wife saying others were in a lane by another field and sheep had ended up in a bog. He said as he drove towards the group, now in the field, he felt something hit him on the head.

He said: “I was distraught.”

He told the court he took the mobile from a woman, and told the group the phone would be returned when they got off his land. He said one of the group jumped on his quad as he tried to drive away, and then fell off.

He later reportedly left the mobile at a gate post close to where the group’s cars were parked.

Magill said the alleged weapon, shown as an exhibit in the court, was a cattle pole. He denied swinging it at the group and striking the woman.

Judge Perry, in conclusion, said he was “not satisfied” that there was proof of intention of theft and that the farmer left the phone where it could be found.

He said the farmer was “a big man” and added: “Quinn would have received substantial injuries – I would have expected medical evidence for this. The crown did not make the case they were put in fear, but that they sustained injury in a violent attack. I am not satisfied the requisite standard of evidence was acquired.”

The case was dismissed. 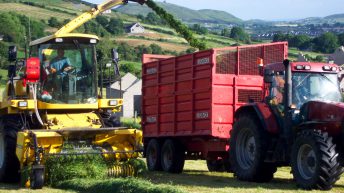