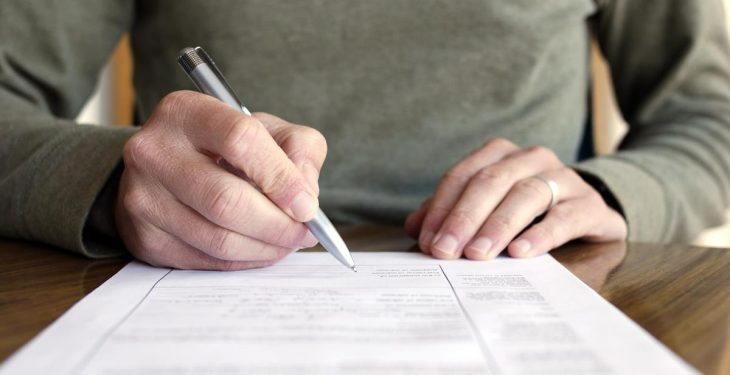 Farmers should make sure their will is up-to-date and reflects their wishes, Karen Walsh, a solicitor specialising in agricultural law has said.

Speaking on RTE Radio this morning about passing over the family farm, she said that talking to your family is absolutely essential – that there’s a lot of secrecy in farms.

“Communication is very important in families and it’s something that’s not done enough in farm families.

“People have a huge attachment to the land and often the family home is going with the land [in a will], so it can cause huge disputes.

“Anybody who comes into me, there’s always huge concern about who they’ll pass the farm over to. Historically, it goes to eldest son.”

Walsh said that nowadays there’s more acknowledgement that there should be greater emphasis on the hand over of the farm, that parents and people who own a farm and plan on passing it on, want to be fair.

“Most farms in Ireland aren’t large enough to provide an income for one family, it’s not practical to divide a farm.”

The first thing I would tell people is that it’s very important to make a will, [in case] something happens unexpectedly to the farmer.

Walsh said farmers could be leaving the person they’ve promised the farm to in a vulnerable situation by not having a will in place.

Also speaking on RTE Radio was Geraldine Power, whose uncle passed on his farm to her when she was in her mid-30s.

“I was the eldest of five, my uncle was always single and he spent a lot of time at my home.

“When I was in my 20s, he was a hunstman, so I looked after horses for him. He then developed heart failure, his health deteriorated and I got more involved in the work on the farm.

“I started working full-time of the farm when I was in my mid-20s, we had 110 suckler cows and we wouldn’t have had the best of conditions – it was hard work but we worked on.”

Power said that her uncle brought her everywhere with him and recalled one time he brought her to Dungarvan Mart.

“He introduced me to the auctioneer and told him that I had a good, strong chequebook. In my mid-30s we set the ball rolling to transfer the farm over to me.”

Her uncle told her two things when he signed over the farm to her – that he wanted her to make a will and to do what she wanted with the farm.

She said that she has a will made for the last 14 years, which she will be updating soon.

“I’ve no immediate family, I have to get something in place.”

While Power said that someone is going to have to take it when she’ll be gone, she hasn’t made a decision on which of her nieces or nephews she will be transferring the farm over to just yet.