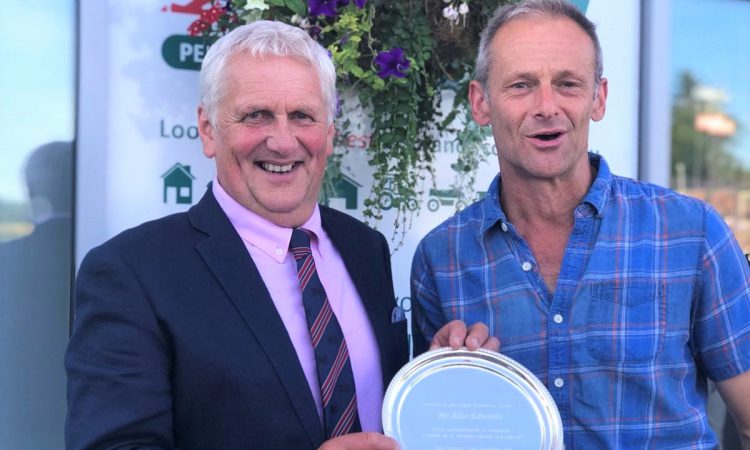 Well-known Welsh TV presenter and farming stalwart Alun Edwards has been recognised for his tremendous dedication to the farming industry at the Royal Welsh Show.

Alun Elidyr, as he is known in the farming community and on the popular S4C farming series Ffermio, was honoured with the Farmers’ Union of Wales Internal Award for Services to Agriculture

Alun came home to farm at Cae Coch, Rhydymain, Meirionnydd, in 1996, after the sudden loss of his father.

He was determined to see farming and the way of life carrying on in Cae Coch, and particularly to look after his mother at the time.

Being extremely active in his local branch in Meirionnydd from the start, he became chairman of the local branch, and soon county chairman.

Alun was on the FUW’s former Finance and Organisation committee for some years, and worked tremendously hard as chairman of the FUW’s Education and Training committee.

FUW president Glyn Roberts said: “Alun has contributed so much to his local area, but also nationally to the farming industry and has done everything with so much energy and enthusiasm.

If you want something done, ask a busy person – Alun encapsulates this. A full-time beef and sheep farmer, presenter of one of the most popular agricultural shows on TV, numerous voluntary roles in his local community and on a national level – he does all that with a smile and the biggest welcome.

“He’s not afraid to fiercely defend the role farmers play in our everyday lives and in keeping the wheels of our economy turning and he does that at every opportunity and on all levels. Few and far between are those that have the dedication and confidence to stand up for our community so passionately.

“It, therefore, gives me great pleasure to present him with the Farmers’ Union of Wales Internal Award for Services to Agriculture.”

Ffermio series producer Gwawr Lewis, said: “Alun fully deserves to be recognised for his contribution to agriculture. His knowledge about the industry and his passion for the people is second to none.

Alun has covered many important issues within the industry on ‘Ffermio’ – from TB, Brexit to Health and Safety and has fought for answers for farmers from politicians and industry leaders.

“One of our most poignant items on the programme was about his mental illness – his honesty broke so many barriers and has helped so many within the industry.

“We are very fortunate to have Alun as a part of our team, he is an invaluable member who goes the extra mile every time.” 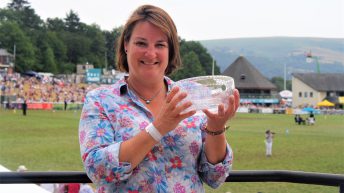