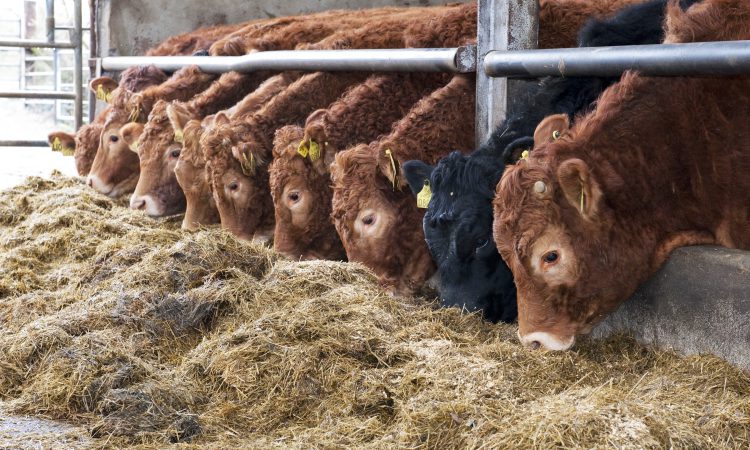 The forecast of a significant silage shortfall in the west over the coming winter months has prompted feed compounders in the region to re-vamp their offerings, where fodder extender rations are concerned.

The prospect of farmers in this region being stretched for silage over the coming months is a very real one, Padraig McHale of Aurivo Feeds’ has said.

“We have a number of formulations options on the table at the present time. But one that we have actually pulled together on a trial basis is a three way coarse mix made up of barley, ground maize and soya hulls.

“It’s available now in bulk form and is priced at €223/t, delivered on farm for loads of four tonne upwards. Feeding three kilos of this ration will substitute for 10 kilos of silage.

“World grain prices are well down at the present time.  We commit to sourcing as much grain from Irish farmers. I am aware that yields are well down this year but quality has held up remarkably well.”

It’s important that blends are stored in a bin or a dry floor with suitable panelling in place to prevent the feed from blowing away.

McHale added that energy intake is the big driver for cattle and sheep on farms where there is a significant fodder deficit.

“Protein only comes into play when improved animal performance is required.

“A large number of silage samples have been submitted for testing from farms throughout our catchment area over recent days.

“The results of the analysis work carried out should be known by next week, at which stage we will be able to gauge the full extent of the fodder challenge facing livestock farmers this coming winter, from both a quantity and quality point of view.”