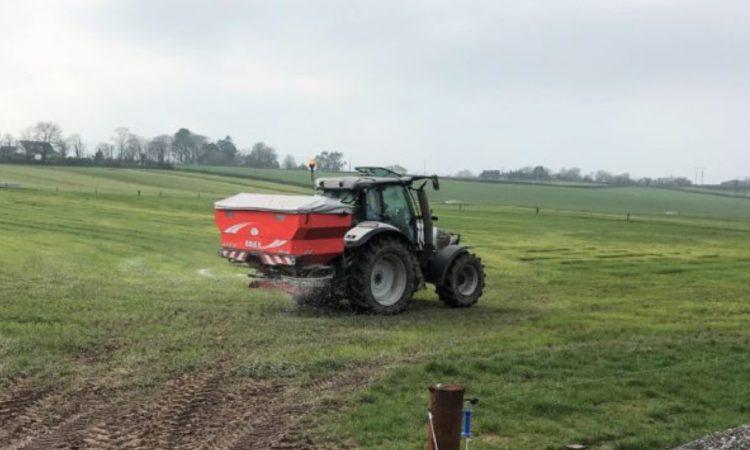 Fertiliser deliveries have increased again at the start of 2021 in Northern Ireland, according to the latest official fertiliser statistics.

Quarters one and two are traditionally the busiest times of the year for fertiliser sales, meaning a push on sales at this time of year could translate into an overall increase for the year.

There may be an element of farmers buying earlier this year to beat price increases.

Prices have been increasing steadily since Christmas due to global shortages of urea but have started to settle over the last four to six weeks.

The figures released this week were collated by the Department of Agriculture, Environment and Rural Affairs and are based on survey returns of all of the Northern Ireland fertiliser manufacturers.

The survey records the quantities of compounded, blended and straight fertilisers delivered in NI by fertiliser manufacturers which is for agricultural and horticultural use.

Typically, a 100% response rate is achieved for the return of survey information from the manufacturers.

Over the first three months of the year, total deliveries of compound, blended and straight fertilisers in Northern Ireland were 124,300t, which is 2.7% higher than the same period of the year before.

However, the figures were already up significantly in 2020. Over the past year, total deliveries of compound, blended and straight fertilisers in Northern Ireland were 342,000t, which is 21.6% higher than in 2019.

The first-quarter increase has mainly been driven by sales of ‘urea and other nitrogen’ fertilisers. 19.3t of deliveries were recorded in Quarter 1 compared to 9,300t in the same quarter the year before.

The quantity of ammonium nitrate / lime mixtures delivered was down. From 35,300t over the first three months of 2020 to 27,000t this quarter.