Pics: Firefighters come to the aid of two separate farmers to rescue animals 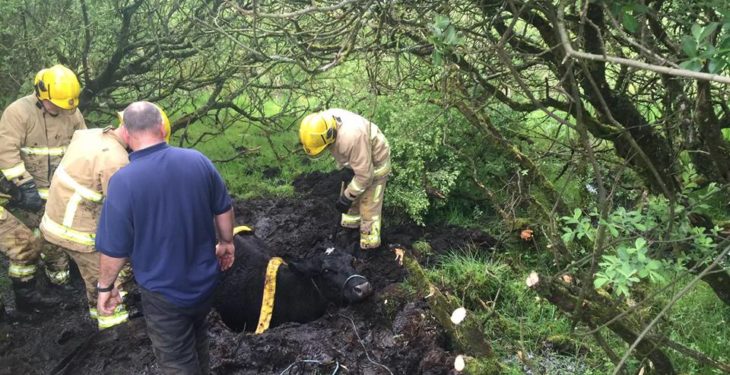 Firefighters in Northern Ireland have recently come to the aid of two separate farmers, in order to help rescue two trapped animals.

Earlier this month, firefighters in Omagh, Co. Tyrone, were called upon to help rescue a cow that had sunk into a bog hole.

Due to the ground being so soft, members of the Northern Ireland Fire and Rescue Service (NIFRS) had to walk down through some very wet fields – carrying their equipment – to rescue the cow, a NIFRS West spokesperson said.

The ground was too soft to support any machinery; the crews dug out around the animal before putting slings in place, the spokesperson added.

Assistance was requested in the form of the Omagh Retained Specialist Large Animal Rescue Team, who arrived just in time as the slings and ropes had been attached to assist to pull the cow out.

“Both crews then put their backs into it and, with great effort, rescued the animal; they then left it in the care of the farmer,” according to the NIFRS West spokesperson.

Meanwhile, members of the NIFRS were called to a special service call at the beginning of this week, to help with an animal rescue.

At around 9:00am on Monday morning, June 12, firefighters in Newry responded to reports of a calf stuck in a slurry tank.

The NIFRS rushed to the scene at Knockduff Road, Jerrettspass near Newry; the farm is located close to the borders of Down and Armagh.

Firefighters had to use a number of different methods to safely carry out the rescue; NIFRS officers used a ladder, lines and Urban Search And Rescue (USAR) Safety Systems to free the calf.

It is believed that the calf suffered no major injuries as a result of becoming trapped in the slurry tank. Fire crews from stations in Newry, Armagh and Newcastle attended the incident. 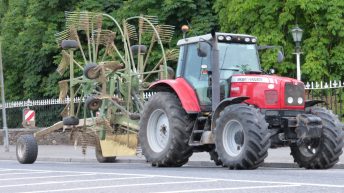