New Zealand dairy processor Fonterra has gained access to dairy farms in the Kaikoura region on the South Island nearly three weeks after an earthquake.

Up to 22 dairy farms in the Kaikoura region remained cut off from road access due to the quake which hit in early November, with farmers being forced to dump milk.

It has been estimated that up to 200,000 litres of milk had to be dumped on a daily basis due to milk collection services being prevented by road blockages.

Despite milk having to be dumped, farmers will not suffer any direct financial stress due to Fonterra’s insurance, according to the processors Farm Source Chief Operating Officer Miles Hurrel.

Any tanker access to the affected farms depended on the capacity of an emergency access road into the area, which has recently been opened.

However, travel is currently restricted on the road, which is being controlled by the New Zealand Transport Agency, for the next two weeks.

Advertisement
Although milk collection services expected to become more frequent in the coming weeks, they may continue to be affected by closures to the road depending on weather conditions.

“$4m has been made available for uninsurable on-farm infrastructure repairs in the earthquake-hit South Island districts,” the organisation has said.

Applications are expected to close at the end of February 2017 and it’s likely the overseeing panel will make an initial assessment on some applications before Christmas.

Damage was caused to a number of milking parlours, livestock sheds and other farm infrastructure leaving farmers unable to milk their cows.

Fonterra reported no major damage to any of its New Zealand sites, with national manufacturing operations running as usual within a few days of the earthquake. 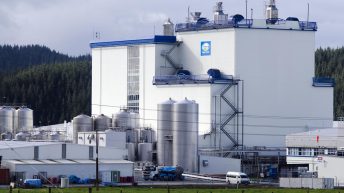 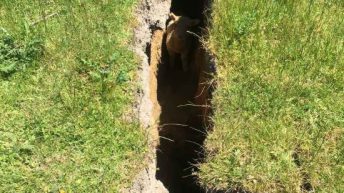 Lamb rescued after being trapped in New Zealand earthquake chasm