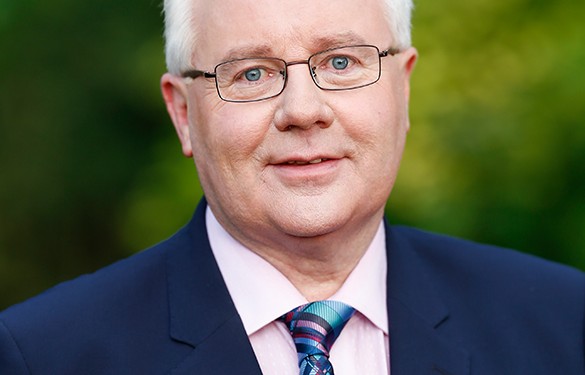 The former Minister for Agriculture has called for Brussels to raise its dairy intervention price owing to what he said is a “growing lack of confidence in the dairy sector.”

Fianna Fail’s spokesperson on Foreign Affairs & Trade, Brendan Smith was Minister for Agriculture, Fisheries and Food from 2008 to 2011.

Smith also served as Minister of State at the Department of Agriculture and Food from 2004 to 2007.

“I have met many good, hard-working farmers who have built-up dairy herds and on-farm facilities over the years and some of them are questioning how long they’ll stay in the sector,” Smith said.

A year ago the then-minister and the industry in general really hyped-up the abolition of milk quotas and the benefits it would have for this country.”

Smith said that when he negotiated in 2008 the end of milk quotas for 2015, he had emphasized that it must be accompanied by proper market support measures.

“What’s lacking dreadfully at the moment is a proper intervention price, which [at present] is way below the cost of production.

“With world prices still in negative territory, and no great optimism in the near future of it improving, there is an absolute need for the agricultural commission to increase substantially the price of intervention.”

Smith said that while he strongly favoured the abolition of milk quotas, it needed to be accompanied by a proper suite of market support measures. Those measures, he said, were “left out of the equation at year ago” when dairy prices were strong.

We had ill-informed media commentary about ‘white gold’ and ‘liquid gold.’ I used to detest that type of language being used.”

Smith said that raising the intervention price was the key market support measure needed by the dairy industry, but the Commission could also consider private storage aid.

“Different measures can be effective in different times, but intervention is the most appropriate one.”

However, Smith said he would not agree with a mandatory EU milk supply reduction dairy scheme and agrees with the line taken by the Government in not adopting any such measures.


“We should be in a position where we want to grow our production and our industry.”

Smith added that the Russian food ban has also, in-part, contributed to the milk price crash.

Europe has an obligation to support farmers through this most difficult time. Europe has to take action.”

In relation to Food Harvest 2020 and Food Wise 2025, Smith said we have “very sustainable food production systems” in Ireland and in Europe.

“We must not put in place any hindrances to Europe continuing to produce food on a sustainable basis.

“We have a growing world population and if we are to continue to supply safe food then we must maximise the potential for food production systems in Europe,” said Smith.

“Because, if we don’t, then we will have food transported from South America and other places where their systems are not as sustainable as ours.That would reduce the whole purpose of trying to reduce our emissions worldwide.”