From grass to glass: Selling bottled milk from a vending machine…on the farm

William and Alison Chestnutt have seen a "phenomenal demand" for their milk, as they launched a milk vending machine on their dairy farm.

The Chestnutt farm is situated on the main Ballymoney to Portrush road in Northern Ireland, so it's said to be "ideal" for the passing tourists en-route to the north coast.

While on a trip to Holland I had seen a milk vending machine in action and liked the idea. The press also reports a lot on the success of adding value to milk in this way...in Britain.

"With Alison’s technical skills and my dairy cows it seemed like the perfect combination."

William and Alison (pictured below) travelled to England to the main vending machine distributor and visited a number of farms that are already selling milk directly to the public. 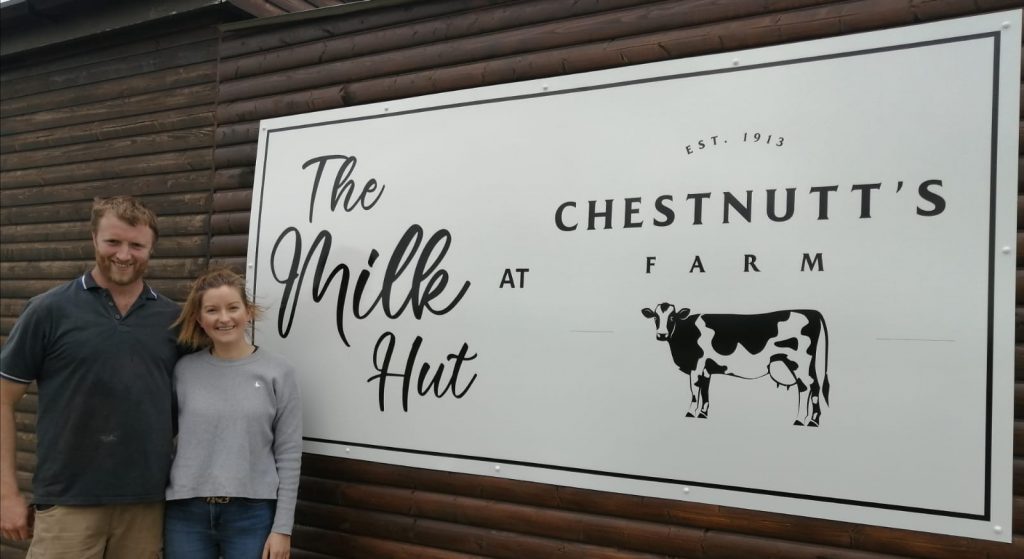 The main selling point for them was the ability to move back to glass bottles, similar to the ones older generations remember the milkman delivering to their doorsteps.

William said: "Single-use plastic has been in the media over the last number of years for all the wrong reasons. We wanted to be able to offer our customers an alternative to the throw-away plastic cartons."

A pasteurisation room was constructed, which is located close to the milking parlour and allows the milk to be directly pumped from the cow to the pasteuriser.

The machine is capable of pasteurising 150L of milk at a time and a fresh batch is done daily. It takes 30 minutes for the milk to reach the optimum temperature of 63.5°; it is then held at this temperature for another 30 minutes to ensure all harmful bacteria is removed.

The milk then must be chilled to below 10°, achieved through a separate cooling system.

The milk is transported on a trolley across the yard to the ‘Milk Hut’ which houses the two vending machines. One machine dispenses 1L or 250ml of milk, while the other allows people to buy reusable 1L or 250ml glass bottles. 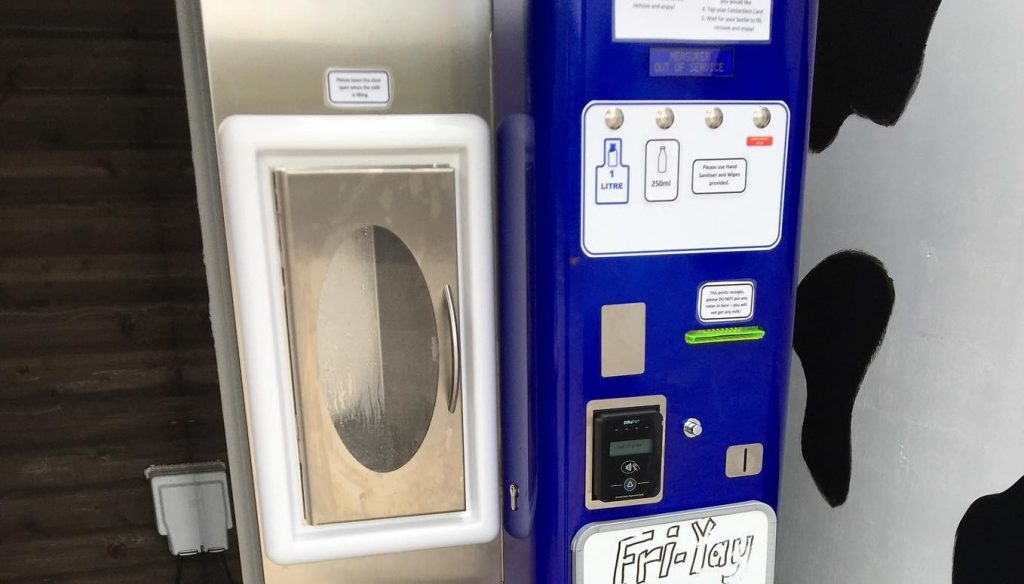 Pasteurising the milk ensures that it is safe for the public to drink but, unlike shop-bought milk, the milk we are selling is non-homogenised - giving it an extra creamy taste and perfect for making those frothy coffees.

Launch of the 'Milk Hut'

With a delay on the project due to Covid-19,  the 'Milk Hut’ was finally launched on July 11. There has been a "huge demand" which resulted in a sell-out situation on numerous days. An average of 120L is being sold daily.

With the lifting of lockdown restrictions, there has been an influx of tourists and approximately 60% of the customers to the 'Milk Hut’ have been non-locals. 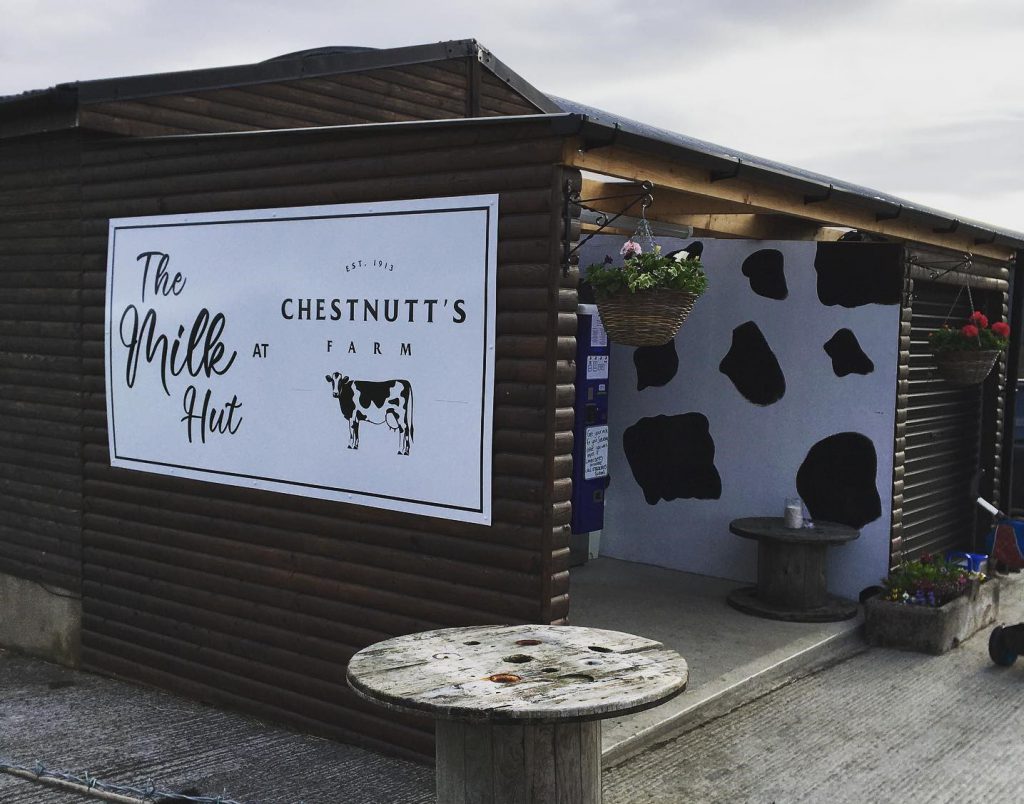 It is hoped, however, that local support will continue after the summer and that the usual weekend spike in visitors will still provide an income during the winter months.

Chatting to many of our customers since opening, it is evident that people want to know where their food is coming from. Being able to buy it directly from the farm is a bonus.

"There has been an enormous response to the glass bottles; people want to move away from plastic waste."

Promoting milk within the younger generation

William continued: "We decided to add 250ml-size bottles, along with the option of adding a flavour to the milk, to give children their own ‘mini milk bottle’ to enjoy and to promote milk within the younger generation as a good source of calcium and minerals."

CAFRE's Zara Morrison added: "For most dairy farmers the route to maintain or improve profits is to focus on improving technical efficiency and reducing production costs.

William is doing this by improving his grazing system to drive up milk [production] from forage and by changing his breeding policy - to target a more robust and fertile cow.

"William is now seeking to add value to his dairy business with an innovative diversification venture."