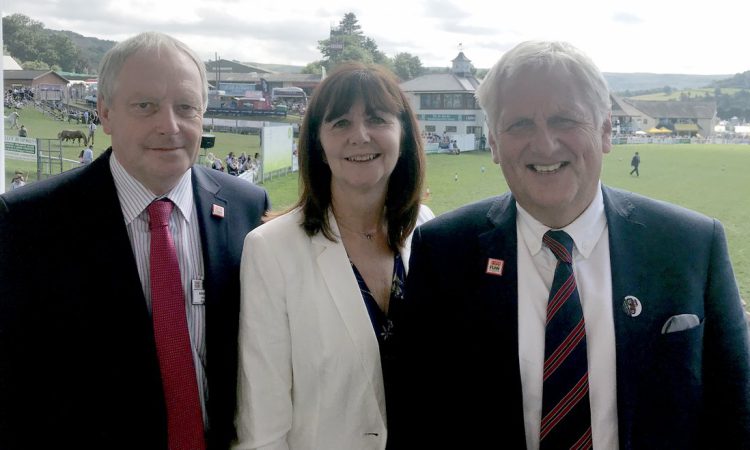 It is within the Welsh Goverment’s power to lighten burden on farmers, the Farmers Union of Wales (FUW) told the country’s farming minister.

Bovine TB and Nitrate Vulnerable Zones (NVZ) regulations were top of the agenda when Farmers’ Union of Wales officials met with Farming Minister Lesley Griffiths at the Royal Welsh Show.

“Both issues would and already do have serious impacts on farmers’ mental health and the wider economic consequences were to be felt as added pressure,” FUW president Glyn Roberts stressed.

Bovine TB is not just an animal health matter. The consequences of this disease spread into other areas such as mental health, economics and trade.

“The wider consequences of bovine TB need to be adequately recognised and considered by Welsh Government when they design bovine TB eradication programmes.

“Bovine TB is negatively impacting upon the mental health of farming families, and reducing farm business viability. We believe that a fresh approach, which accounts for these wider aspects of bovine TB, is needed,” said the union president.

To ensure that the wider consequences of this disease are taken into account, the FUW has made an official request for a Bovine TB Task and Finish Group to be established.

The FUW also reiterated its concerns regarding the proportionality of increasing the area subject to NVZ type regulations from 2.7% of the country to the whole of Wales.

The union estimates the cost for Welsh farmers of just some elements of what is being proposed could be between £70 million and £400 million.

“These proposals are being called ‘NVZ plus’ in farming circles because they go further than NVZ rules.

“The reality is that the cost implications for the sector will be astronomical and the Welsh Government needs to urgently review the plans and put a stop to them.

The farming sector is under immense pressure – Brexit, Bovine TB, and proposed changes in farm policies and regulations, all add to the pressure.

“Whilst our Government can’t fix all of it, there are things within their control and I urge them do the right thing – for Wales, our industry and the people of Wales,” said Glyn Roberts. 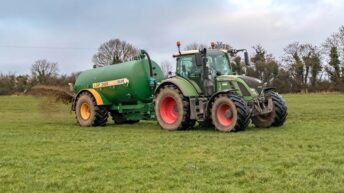