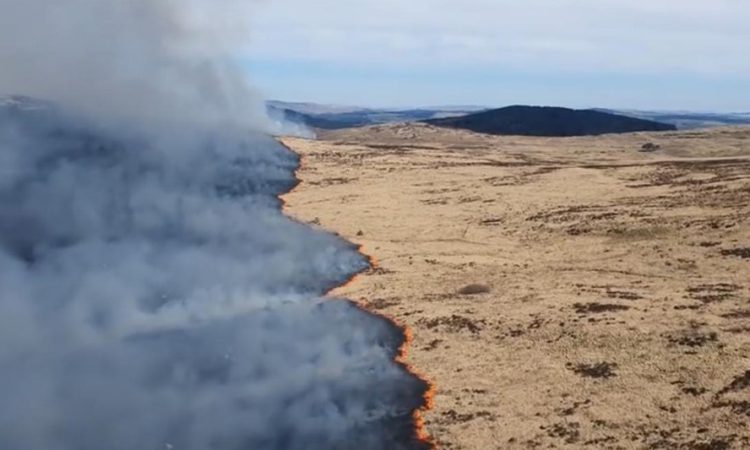 Firefighters have are working to put out the final flames of a large wildfire which spread across 15km² of countryside over five days in Dumfries and Galloway.

At its height, more than 60 firefighters, 10 fire appliances, two helicopters and various support resources were in attendance at the incident in Mossdale, New Galloway.

The Scottish Fire and Rescue Service (SFRS) was first mobilised to the area at 1:15pm on Thursday, April 23, and one fire appliance remains on the scene to monitor the area and check for any remaining hotspots.

Area Commander Craig McGoldrick, SFRS local senior officer for Dumfries and Galloway, said: “First and foremost, I would like to highlight the efforts of our crews who worked tirelessly and professionally to contain and extinguish this fire.

This incident was a notable example of the incredible speed that wildfires can travel when fanned by the wind in dry conditions.

“It also required a large amount of resources, from within Dumfries and Galloway and beyond, and we have called upon the resilience of our national service to tackle it.

“While the fire is largely extinguished, we will continue our presence in the area to monitor and deal with any remaining hotspots.”

He said: “We have received invaluable support from our partners – this included two helicopters, from Skyhook and PDG, which worked alongside our crews to tackle the fire in difficult to reach areas.

“In addition, continued support and generosity of the local community has also been humbling, and our sincere thanks go to them.” 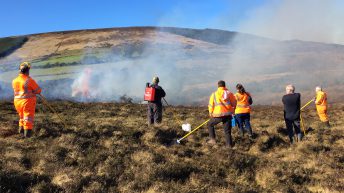 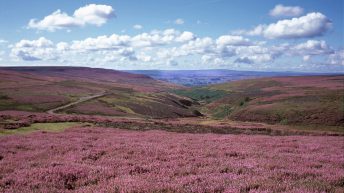