General Election: A farming perspective on this morning’s results 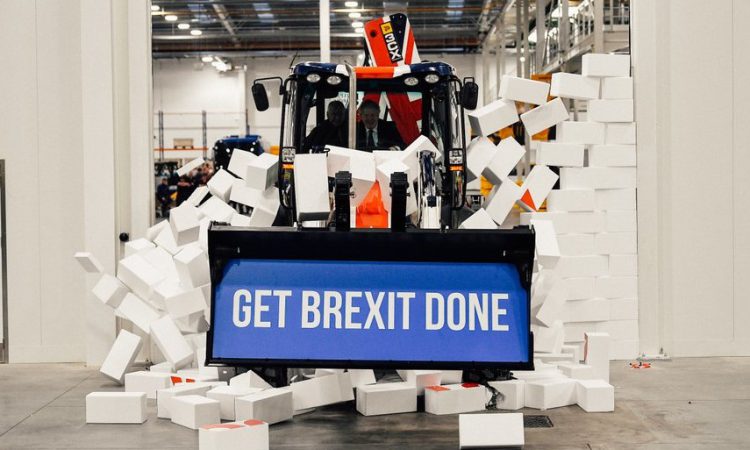 The British electorate sent a clear message on Brexit with a landslide victory for Boris Johnston’s Government. But could a stronger, more decisive Westminster be good news for UK farming or could it instead have the power to do more damage?

Despite two closely run campaigns, when all was counted, the Tories tallied up 364 seats this morning (Friday, December 13) – two more than expected in the BBC’s last update of the exit poll run by the UK’s main broadcasters. It left the party up 47 seats compared to Theresa May’s disastrous 2017 election.

Labour was predicted to finish with 199 but managed 203; a loss of 59 seats when compared to the last General Election.

Meanwhile in Scotland, Nessie will be relieved Ruth Davidson won’t be joining her any time soon. The former Scottish Conservatives leader said she would swim naked in Loch Ness if her rivals gathered up 50 or more Scottish seats.

However, despite overall success, it wasn’t a good night for the Tories in Scotland. The party lost seven seats, leaving it with just six north of Hadrian’s Wall.

The SNP instead managed 48, nicking an impressive 13 seats from the other parties. Among the casualties was Liberal Democrats leader Jo Swinson who lost her seat in East Dunbartonshire seat.

Down in Wales, it was a different story, with the Conservatives taking six seats from Labour as well as the Lib Dems’ only seat there – Brecon and Radnorshire.

National Farmers’ Union president Minette Batters said she planned to start working with the new Government and Parliament straight away.

“During the election campaign, we spoke to candidates from all parties to reiterate to them the strategic importance of our industry to the nation; one that contributes £122 billion to the UK economy, delivering jobs for almost four million people and affordable food for the entire country,” she said.

“Many of those candidates are now MPs, so we will be continuing those conversations in Westminster and inviting them out on-farm so they can see first-hand the high standards British farmers are proud of and the safe, traceable food systems British people value. We, of course, will be seeking meetings with Ministers as soon as possible.

“In our own election manifesto, we raised a number of crucial issues we need the new Government to address now, to ensure British food production has a sustainable and ambitious future.

Top of that list is Brexit. It’s imperative we secure a future trade deal with the EU that is as free and frictionless as possible, avoiding the damaging spectre of trading with our largest partner on WTO terms. Alongside this, our future trade policy mustn’t allow imports of food produced to standards that would be illegal to produce here.

“The UK could embark on its first trade negotiations for decades in just 50 days’ time.

“The Government must set up a Trade and Standards Commission as a matter of urgency so that they can work with industry and stakeholders to ensure those negotiations do not allow the high standards, which are the hallmark of UK farming, to be undermined by imported food which would fail to meet our own domestic regulations and values surrounding animal welfare, environmental standards and traceability.

Britain needs the new Government to back British farming like never before; to invest in domestic food production so we can increase our productivity, create more jobs and deliver more for the environment.

“The Government needs to act to ensure guaranteed access to a skilled and competent workforce; develop a framework for a more competitive and sustainable farming industry; put in place a long-term food strategy; and place science at the heart of policymaking.

“This will allow farming businesses to continue doing what they do best – provide safe, traceable and affordable food for the nation.”

NFU Scotland president Andrew McCornick said: “The scale of the election win for the Government brings the reality that, after two years of political stagnation, the UK will leave the European Union.

“There is no doubt that dither and delay has stifled confidence within the Scottish agricultural and food sectors, and it is vital that the new UK Government takes early steps to give certainty.

“The Government has indicated that the necessary legislation to leave the EU on January 31 will be presented to Parliament next week. Once passed, the real work then begins on agreeing the future trading arrangements with Europe. Those talks are critical to the future of our industry.

These negotiations will be the real bread and butter of Brexit for NFU Scotland members.

“That is where the terms of the trade deal between the UK and the EU will be agreed. For NFUS, ensuring as free and as frictionless trade in agri-food goods with the EU, which remains our principal market outside of the UK, has been our priority from the start of this process.

“Whether negotiating with the EU, or establishing new trade deals with other countries worldwide, a red line for us is that Scotland’s high standards must be recognised and protected.

“Our members can be reassured that their union has begun engagement with this new parliament today and we will make tracks to Westminster at the earliest opportunity as we enter a new era for Scottish farming and crofting.”

Farmers’ Union of Wales (FUW) president Glyn Roberts said: “With the January 31 Brexit date marking the start of the real Brexit negotiations, it is imperative that the Government uses the coming months to deliver a EU trade deal which secures unfettered access for our produce to EU markets and does not introduce unfair competition from farmers in other countries.

“We also need to see long-term funding commitments for our industry and an urgent review of the bargain basement tariffs laid out in the Import Tariff Reduction Bill which make a laughing stock of our trade negotiating hand.

As made clear in our manifesto, no responsible UK Government would allow the UK to leave the EU without a close trading agreement.

Meanwhile, in Northern Ireland, the Ulster Farmers’ Union said the UK’s election results have provided “some certainty” for farmers after being plagued by years of doubt regarding Brexit.

While there were some shifts within the region, the overall outcome of the General Election will have a bigger impact on Northern Ireland’s agricultural markets, as it finds itself at the centre of Brexit discussions and without a functioning Executive.

UFU president Ivor Ferguson said: “The outcome of the election has shown that Brexit will happen. For the first time in many years, our members have a bit of certainty as Prime Minister Boris Johnson, has made it clear that the UK will be leaving the EU on January 31.

Our key objective from day one was to avoid a no-deal situation and to secure trade that is as free and frictionless as possible east/west and north/south.

“Now going forward, it is important for Northern Ireland to be involved in the Brexit negotiations to ensure that the UK’s exit from the EU supports agriculture and the food industry allowing it to thrive, and above all, the future prosperity of family farm businesses in Northern Ireland.”