Getting suckler cows back in-calf after calving this spring

The calving season is well underway on some spring-calving suckler herds, so the of the management breeding season may not be on the top of priorities at the minute. However, it will soon be poking its head around the corner for suckler farmers.

Obviously, the goal is to get cows returning to their heat cycles and achieve conception as soon as possible.

Maximising the cow's fertility has the potential to improve profitability for the farmer - due a cow having a calf every year within the 365-day calving interval target.

This week, Kevin McGrath from the College of Agriculture, Food, and Rural Enterprise (CAFRE) has stated that "a cow must earn her place within the herd, otherwise she becomes a drain on the overall output from the herd".

Speaking further on this, Kevin added:

According to Irish Cattle Breeders Federation (ICBF), the beef breed with the shortest gestation length is the Aberdeen Angus at 283 days, with the Blonde d’Aquitaine the longest at 294 days.

"The average of all beef breeds is 288 days. With a target calving index of 365 days, this gives us 77 days to get our cows back in calf."

One of the priorities will be to have your cows reaching the correct body conditional score (BCS) as this will have a major influence on fertility and conception rates.

A cow that is too thin prior to and after calving is not going to experience benefit in her performance - as it will impact her ability to calve down, her colostrum and milk production and also her future fertility.

"The hormones controlling both fertility and nutrition are closely linked.

Naturally a cow will prioritise milk to feed her calf before focusing on her own maintenance requirements. Only when these requirements are met will reproduction become a priority.

"Excessive weight loss must also be avoided with reductions in body condition taking place on a gradual basis."

Kevin spoke about how difficult calvings also add to a decreases of a cow's heat. He added:

"Difficult calvings can greatly affect a cow’s ability to cycle. The issues can include oversized calves, overweight cows, inadequate pelvis size or heifers/cows which are too small.

"A lot of these issues can be avoided through better nutritional management with correct choice of both dam and sire."

With suckler herds, the cows and calves are obviously going to be suckling off their dam and therefore create a bonding effect.

As this not an issue in dairy herds, Kevin quite interestingly noted this bonding effect causes suckler cows to take twice as long as dairy cows to return to cycle.

By separating the cow and calf from day 30, and practicing twice daily suckling for two weeks, up to 85–90 % should show heat within 18–22 days.

"It is important to separate both by at least 50m, as sight and smell have a role in the bonding effect. This can be a useful technique to bring forward first and late calvers."

Through the use of hybrid vigour, Kevin mentioned how the fertility can be improved within the suckler herd - although this is a slow process and is not a quick-fix solution.

"The use of crossbreeding [hybrid vigour], particularly when crossed with a third sire, can greatly improve reproductive traits.

"Research supports this, with increases in conception rates, calving ease, milk yield and an increase in calves raised to weaning being cited."

The next stage of the breeding season will be looking at the other side of the mating - the stock bull. Commenting on this, he said:

Approximately 25% of working bulls are sub-fertile or infertile. Rotate bulls or record service dates so that any potential issues can be identified early.

"A bull that has tested fertile can go through periods of reduced fertility, especially if suffering health issues.

"The bull must be in good condition and health at least 10 weeks before commencement of the breeding season." 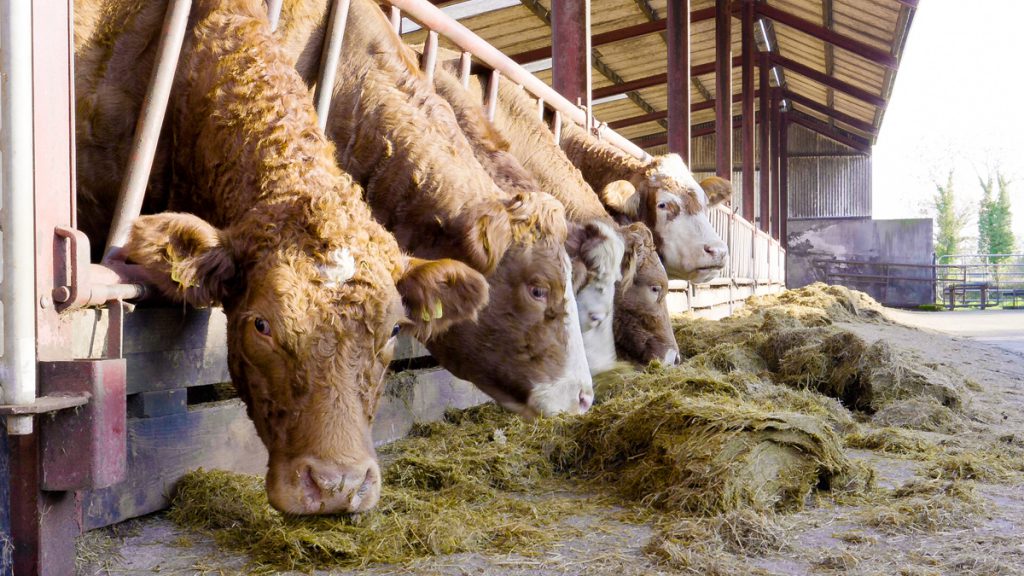 Disease outbreaks including bovine viral diarrhoea (BVD), leptospirosis and Johne's disease can also have a negative influence on fertility this breeding season.

Based on veterinary advice, farmers may need to implement a vaccination programme this spring. Otherwise, there is the risk of suffering from poor conception rates, increased abortions, stillbirths and a higher calf mortality.

Poor fertility can be a major cost to the business, but is also an area where significant improvements can bring reward.

"Assess your current herd fertility, plan ahead and focus on change if required."