While wheat markets have shown increases over the past number of weeks it is important to proceed with caution when deciding on grain sales as global grain supply still looks to be plentiful.

Current increases are most likely being driven by the demand in the Black Sea region, as well as the effect of drought on the wheat crop in Argentina. The Argentinian wheat crop is estimate down 300,000t to 18.5 million tonnes.

Drought in Australia has also impacted on the country's grain crops.

Farmers in the EU have struggled to plant winter cereals. Farmers in France were estimated to have 80% of the soft wheat crop planted on November 25. It is also worth a note that wet weather in France has caused some mycotoxin issues for the maize crop.

As stated in this report last week, UK wheat plantings may be back as much as 20%, but current estimates have it down by 10%, while winter barley is expected to be back by 12%.

Teagasc estimated this week that the winter cereal area here in Ireland is at 50% of last year's area.

However, the outlook is good in some of the main grain producing regions. For example, the Russian winter wheat crop area has increased.

18.2 million hectares of winter wheat are estimated to be planted in Russia - up from 17.6 million tonnes. Those crops are also reported to be in good condition, according to Reuters.

Conditions were also good for sowing in countries like Ukraine, Germany and Poland. 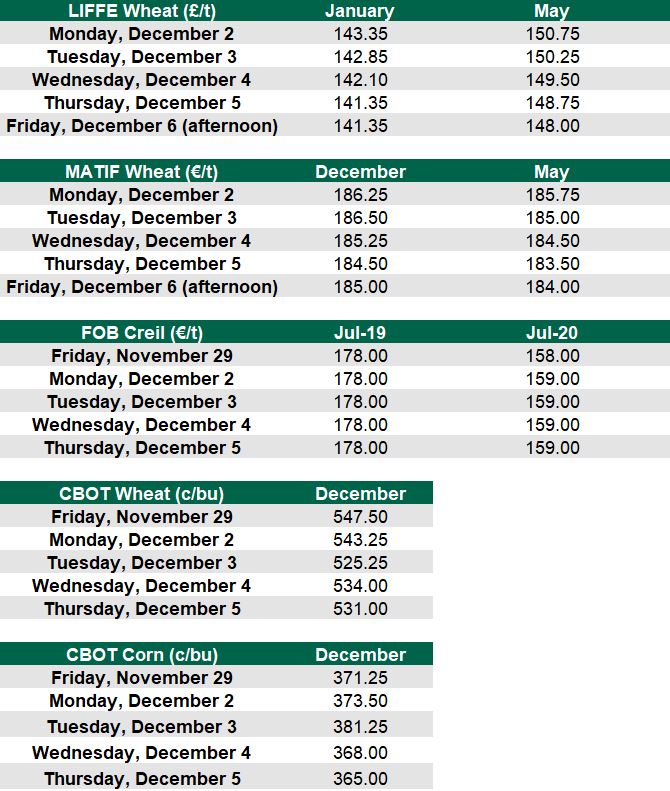